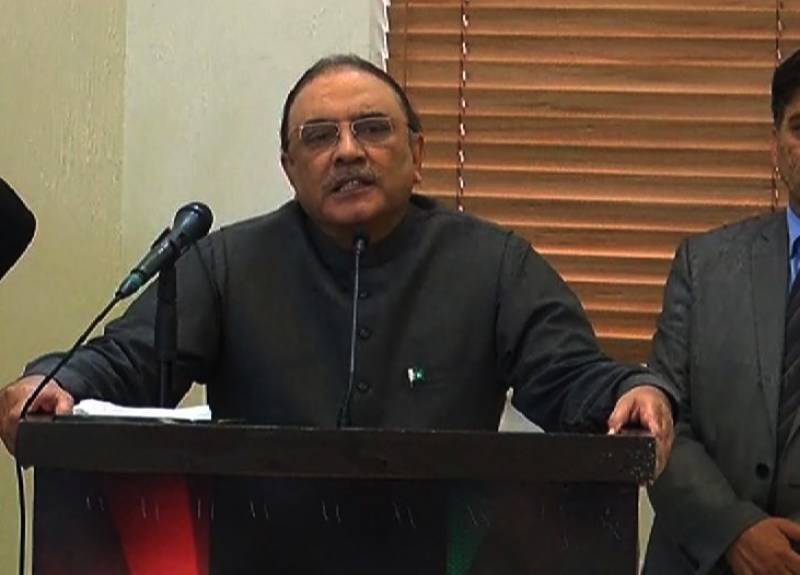 LAHORE: Former President and co-chairman of Pakistan Peoples Party (PPP) Asif Ali Zardari said that governments come and go but his party was here to stay for all times to come.

Addressing an event to mark Pakistan Day, Zardari said that he was the first one who had said ‘Pakistan Khappay’. He said that love for Pakistan was the first priority and that it was up to the leaders of today to protect the generation of tomorrow.

“When I apologised to the people of Balochistan, I was severely criticised,” he said.

The former President also spoke highly of his wife Benazir Bhutto and said that she had fought for democracy against the dictatorship of Zia-ul-Haq. Zardari said that the ‘NRO election’ conducted by former Chief Justice Iftikhar Chaudhry held no value and that PPP was here to stay.

“Governments come and go but PPP is here to stay,” he said.

Zardari also criticised the present government and said that he observed arrogance in the leaders of today. He rejected the idea that the country was progressing merely just because of the construction of roads and motorways.