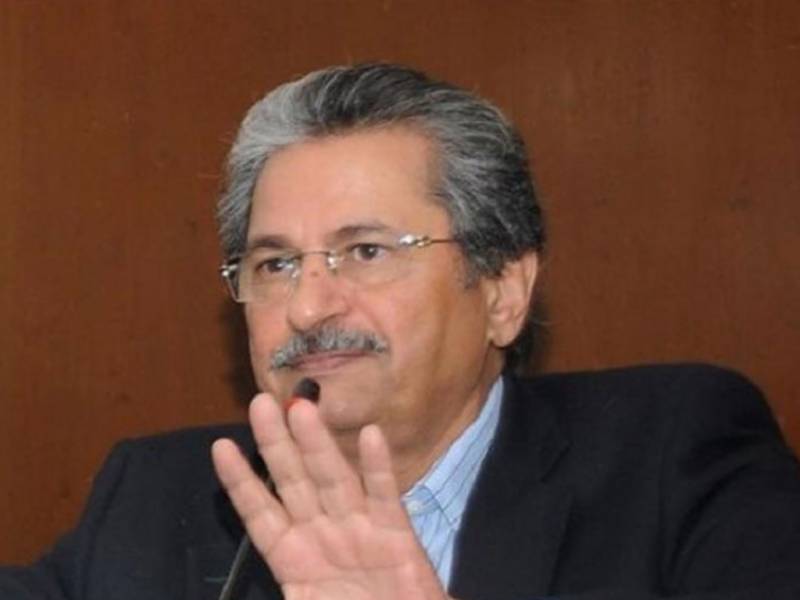 ISLAMABAD: Minister for Education Shafqat Mehmood has urged the Opposition parties to avoid using democratic institutions as a shield for personal interests.

It was the duty of all political parties to run the democratic institutions including  parliament  in a befitting manner, he stated while talking to a private news channel.

The present government working under the leadership of Prime Minister Imran Khan didn’t have objection for discussing charter of economy (CoE), with the Opposition parties, he said.

There is no harm to hold talks on CoE but using the parliamentary forum as  a shield for personal gains, would not be allowed, he added.

Admitting the fact about slow process of accountability institution, the minister said there is need to have improvement in some institutions for better and speedy results.

He, however said that national accountability bureau (NAB), was an independent institution of the country, adding that the present government had no influence over the working of that entity.

To a question Shafqat Mehmood said that it was strange that Nawaz Sharif’s family had been running the Punjab province for the last twenty three years, but they are avoiding to get treatment from the hospitals of these areas.

Expressing serious concerns over the performance of the last Punjab government  run by the PML-N former Chief Minister and Sharif family, he said they didn’t make reforms in police, administration and management sides due to which, he added in five years period, some 276 people lost their lives in an encounter with police.

Raising serious questions, he said what the progress, Sharif family made during the period of 23 years?.

To another question he lauded the role of Pakistan Army who made unprecedented sacrifices in fighting war on terror.

He said that the institution had done remarkable job while securing the territorial integrity  besides setting examples for maintaining peace in the region.

Shafqat Mehmood said Pakistani nation was enjoying a comfortable life due to the tireless efforts of the Pak Armed forces particularly in war on terror.

About criticizing the government by Opposition benches, he said it was a part of the political process.

He added that we should have to bring improvement in the system with the active help and support of the political forces.