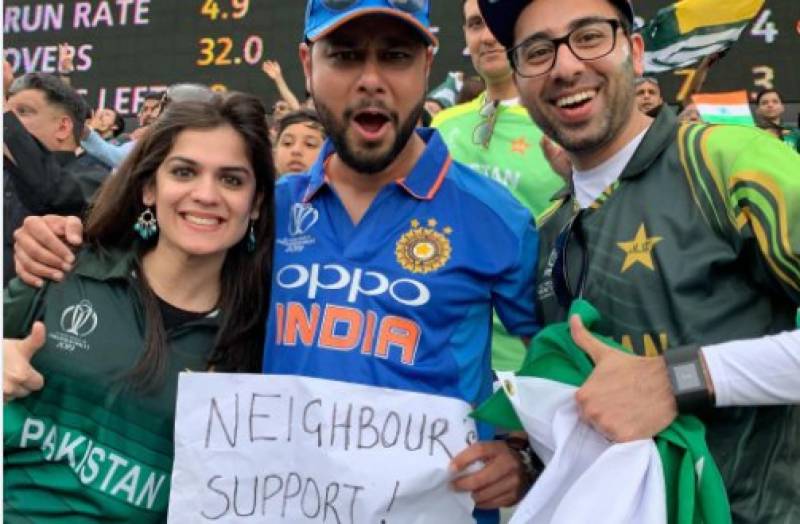 LONDON – On Pakistan vs South Africa clash on Sunday (yesterday), an Indian fan caught the attention of Pakistan supporters who were being lauded for cheering for ‘arch rival’ Pakistan.

A picture of the Indian fan surrounded by green all around has been making rounds on social media as he cheers alongside Pakistani fans for the team’s victory against Proteas on Sunday.

Posing with two Pakistan spectators, the fan donning the Indian jersey can be seen holding a placard that read: “Neighbours support! Come on Pakistan.”

The photo was also shared by ICC’s official twitter handle of the Cricket World Cup as they applauded the ‘Spirit of Cricket’.