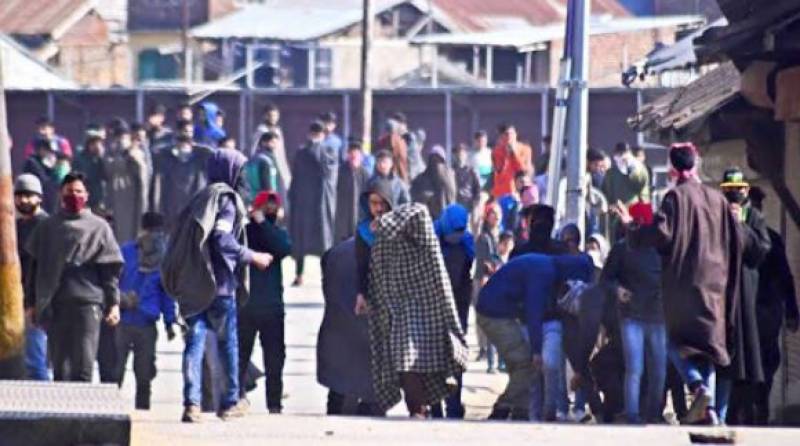 Complete shutdown was observed in Pulwama and Shopian districts, today, against the killing of the youth. All shops, business establishments and educational institutions remained closed while traffic was off the roads.

The President of Jammu and Kashmir Mahaz-e-Azadi, Muhammad Iqbal Mir, chairing a party meeting in Srinagar, today, said Kashmir is a political dispute and should be resolved politically and democratically in accordance with the Kashmiris’ aspirations.

Meanwhile, a constable of Indian police’s intelligence wing committed suicide by shooting himself with his service rifle at Sujwan training center in Jammu. This incident raised the number of such deaths amongst the Indian police personnel and troops to 434 in occupied Kashmir since January 2007 till date.