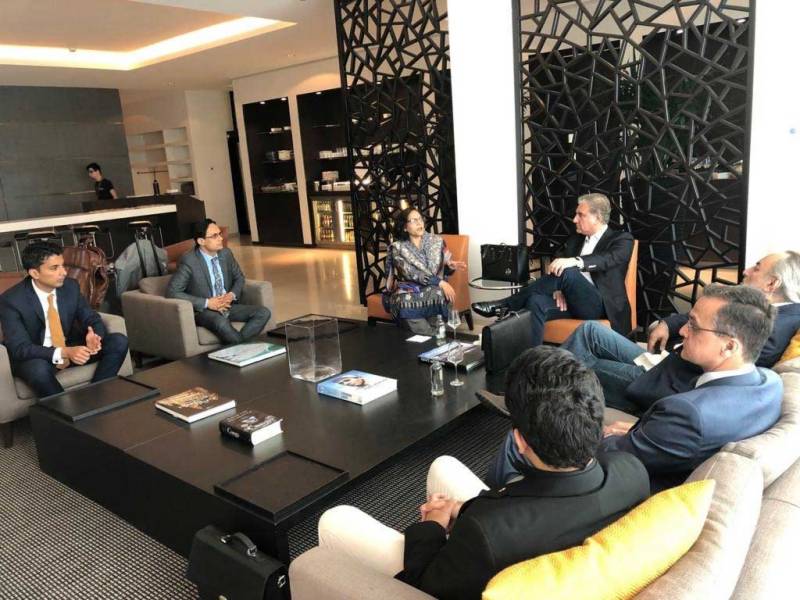 He was received at the airport by Pakistan Ambassador in Belgium and members of the diplomatic staff of Pakistan Embassy.

He will inaugurate a photo exhibition about development of tourism in Pakistan and talk to local and international media.

Earlier, talking to media in Islamabad before leaving for Brussels, he said he will sign comprehensive strategic plan with EU's High Representative for Foreign Affairs and Security Policy Federica Mogherini.

He said it will begin long-term cooperation with the European Union, which is a positive development.

The Foreign Minister said that during the visit, he will meet NATO Secretary General Jens Stoltenberg at its headquarters in Brussels.

He said Pakistan has been cooperating with NATO and we extended unprecedented help to US and NATO forces in matters pertaining to Afghanistan.

Shah Mahmood Qureshi said we have played a key role in war against terrorism and NATO has acknowledged that fact.

He said we believe that our relationship with NATO in defence and security matters should continue.