In a foreign policy shift, US puts PakistanIndia under one umbrella
24 Jun, 2017 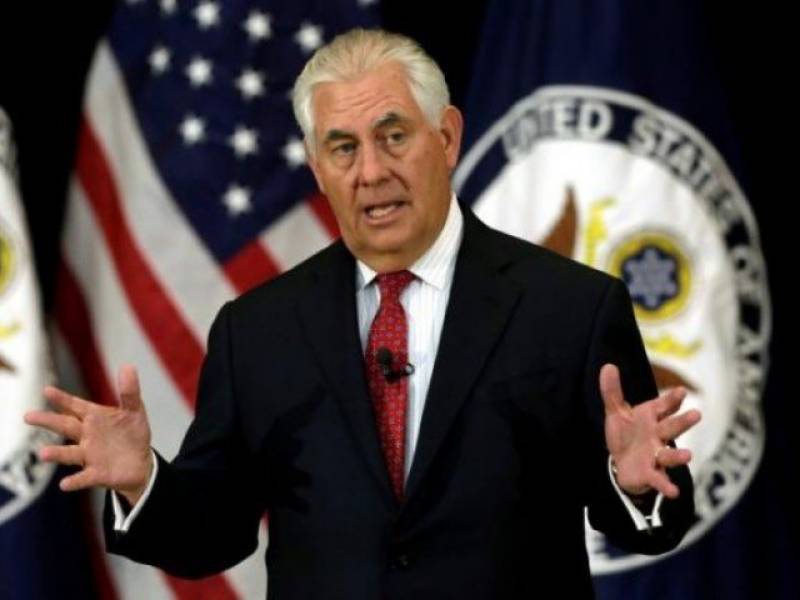 WASHINGTON: Washington’s special envoy to Afghanistan and Pakistan stepped down on Friday, just as the United States is preparing to send thousands more troops to the region.

State Department spokesperson Heather Nauert said Miller is returning to a position at the Rand Corporation and that Secretary of State Rex Tillerson has not yet decided what to do with post.

The office was created when US officials decided that the conflicts in Afghanistan and Pakistan are inextricably linked and ought to be dealt with together.

Miller’s responsibilities will now fall under the department’s South and Central Asian Affairs Bureau, which has a much bigger footprint that includes India. But this bureau is itself leaderless, with no assistant secretary appointed to lead it and no one nominated by the new administration for Senate approval.

When news site Politico broke the news that the envoy post had gone, it cited diplomats complaining of a rushed process and a dangerous leadership vacuum. But, also speaking on condition of anonymity, a senior official told AFP the decision was part of a broader policy review.

Tillerson thinks the issue is best handled at a regional level, the official said, arguing that it made sense to consider India part of the equation.

Trump has given the Pentagon and US commanders wide latitude to decide on the future of Washington’s longest ever war — the 16-year slog in Afghanistan. Defense Secretary Jim Mattis is reportedly planning to deploy up to 5,000 extra troops to bolster efforts to train Afghan forces to repel a resurgent Taliban insurgency.