Will Boris Johnson be the next Downing Street inmate after Brexit ?
24 Jun, 2016 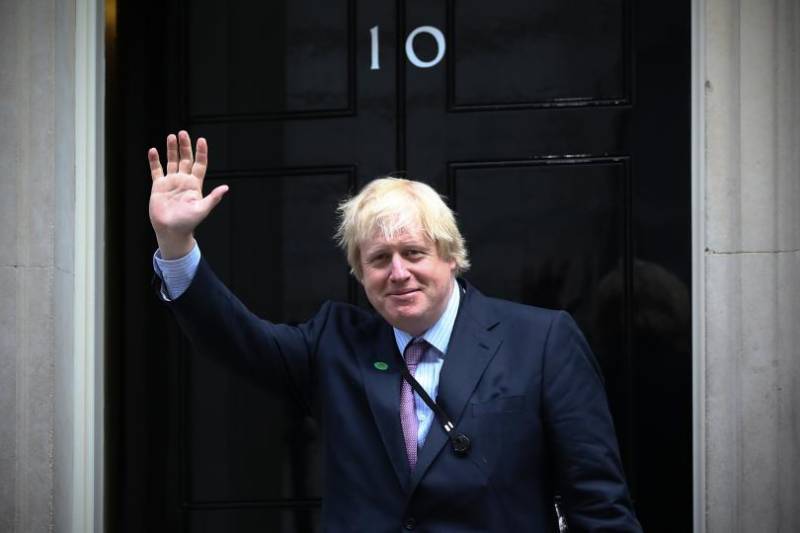 LONDON, June 24, (APP): Will Boris Johnson be the next Downing Street inmate after Brexit ?

Instantly recognizable with his mop of golden hair, Brexit figurehead Boris Johnson once again proved he has the golden touch after claiming a stunning referendum victory, a knack that could propel him to Downing Street.

The Conservative lawmaker proved a popular focal point of the "Leave" campaign, evidenced in the standing ovation that greeted his pledge in the  final stretch to make the referendum "this country's independence day".

Formerly a journalist posted in Brussels, he wooed voters with claims about the absurdity of EU regulations, from bans on bendy bananas to children blowing up balloons -- even if many of them were made up.

He reportedly struggled to decide whether to back a Brexit or not, and his announcement to support leaving was met with cynicism and the widespread belief that he was acting out of political self-interest.

His decision to back a Brexit endeared him to many grassroots Conservative voters, and has further boosted his national profile.

But the campaign forced Johnson into some uncomfortable areas, notably over the issue of ending mass migration from the EU, which became the "Leave" camp's key argument.

Johnson took a pro-immigration stance as mayor of London and supported an amnesty for illegal migrants -- positions he insisted he maintained, but which sat uncomfortably with other members of the Brexit side.

He had also previously endorsed the accession to the EU of Turkey, but during the campaign repeated his colleagues' warnings about tens of millions of Turks flocking to Britain.

His high profile made Johnson a target for attacks from the "Remain" camp, including fellow Conservatives. Former prime minister John Major dismissing him as a "court jester" with no hope of leading the Tories.

But the public appears to be able to forgive his inconsistencies and buffoonery, twice electing him as a Conservative mayor of London -- a Labour stronghold -- and helping him to defy the odds and lead Britain out of the EU.

Despite constant speculation, Johnson has always batted away speculation about his political ambitions, once saying that his chances of being prime minister were on a par with "my being reincarnated as an olive".

However, he is now firm favourite to replace David Cameron if the premier steps down in the wake of a devastating defeat, but would face a difficult task in uniting the Tory party behind him following a bitter campaign.

His aura could also be tarnished if his airy predictions of relative post-Brexit calm were blown away by the predicted financial whirlwind.

Johnson said he would publicly apologies if Britain were plunged into recession by a vote to leave the EU.

With his cartoonish features and frequent gaffes, the 52-year-old is one of Britain's most recognizable politicians, known to millions simply as Boris.

His father Stanley was a Conservative member of the European Parliament, one brother, Jo, is a minister in Cameron's government and his sister Rachel is a journalist and writer.

All three gave their support to the "Remain" camp.

Rachel Johnson told her brother's biographer that, as a child, he wanted to be "king of the world" when he grew up.

Johnson won a scholarship to Eton, one of Britain's most prestigious schools, which Cameron also attended two years below him.

The pair was then contemporaries at Oxford University and both members of the Bulling don Club, an elite, all-male dining society known for its rowdy behaviour.

Biographers say Johnson was touted as a future prime minister at Oxford while Cameron kept a lower profile, sowing the seeds of their rivalry in government.

After graduating, Johnson became a journalist, working at newspapers The Times and The Daily Telegraph -- including as Brussels correspondent -- and editing right-wing political magazine The Spectator.

He became a lawmaker for the then opposition Conservatives in 2001 and was later appointed as a shadow arts minister before being sacked from the role over accusations of lying about an alleged extra-marital affair.

In 2008, he became London mayor and stepped down from the House of Commons.