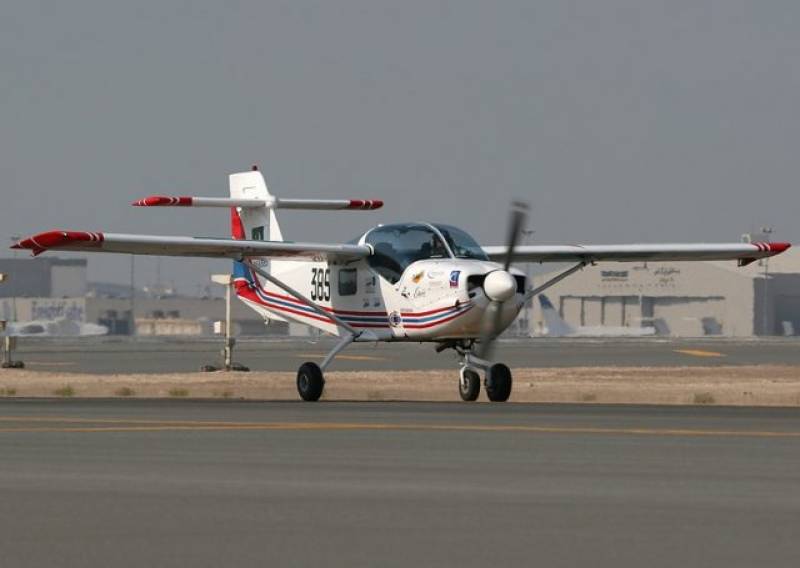 ISLAMABAD: (APP) Pakistan on Thursday achieved another landmark in the defence production sector, when Pakistan Aeronautical Complex (PAC) and Qatar Emiri Air Force signed an agreement for supply of Super Mushshak Aircraft to the brotherly nation.

PAF contingent comprising Super Mushshak aircraft with its air and ground crew had participated in the Qatar Air Show earlier this year.

Emir of Qatar Sheikh Tamim bin Hamad Al Thani, Prime Minister of Qatar Abdullah bin Nasser bin Khalifa Al Thani and the military high command had shown keen interest in the aircraft and expressed their desire to purchase this state of the art trainer inventory for their Air Force.

The negotiations commenced immediately afterwards and today they have been materialized with formally signing the supply deal.

This contract would not only open new avenues for export of aviation equipment to other countries but also help in generating handful revenue for the country.

The Aircraft is already in service with Saudi Arabia, Oman, Iran and South Africa. The deal comes in succession to another export deal of Super Mushshak Aircraft to Nigeria in early 2016.