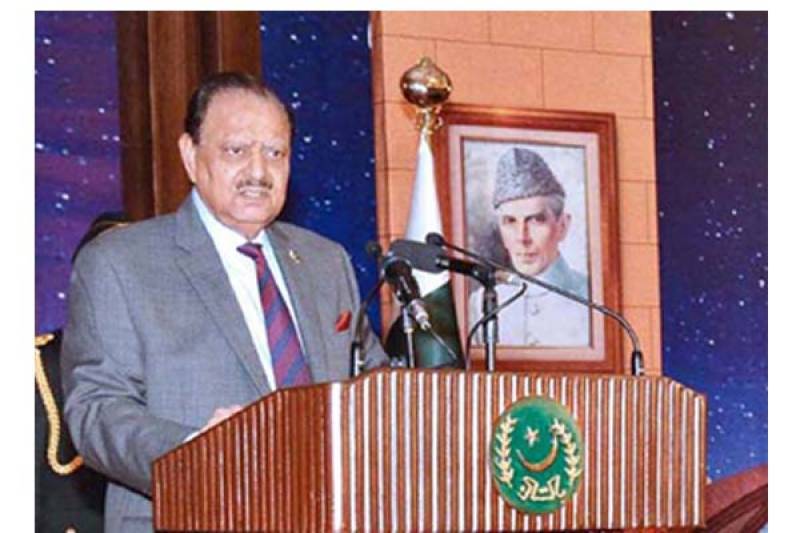 TASHKENT: (APP) President Mamnoon Hussain and his Uzbek counterpart Islam Karimov met here on the sidelines of Shanghai Cooperation Organization Friday and agreed to strengthen bilateral relations particularly in the areas of trade and connectivity.

The two sides agreed that connectivity was significant to effectively benefit from the potential that existed between Pakistan and Uzbekistan.

President Mamnoon said Pakistan and Uzbekistan due to their geographical proximity needed to collaborate closely in the fields of energy and trade.

He said China Pakistan Economic Corridor would be beneficial for entire region including Central Asian states.

The two sides agreed to raise the bilateral trade volume up to 300 million dollars in three years.

President Mamnoon called for materializing the concept of Trilateral Trade Agreement among Pakistan, Afghanistan and Uzbekistan.

He congratulated the Uzbek President on successful holding of SCO Summit and thanked him for extending support for Pakistan's membership.

He termed the membership of Pakistan in SCO as an important step and said the path under SCO agenda would be optimal for Pakistan in strengthening regional countries including Central Asia, terming it a "rising for Pakistan".

He said Pakistan was one of the countries closest to Uzbekistan and mentioned his brotherly relations with Prime Minister Nawaz Sharif since 1992. He wished Nawaz Sharif best of health following his surgery.