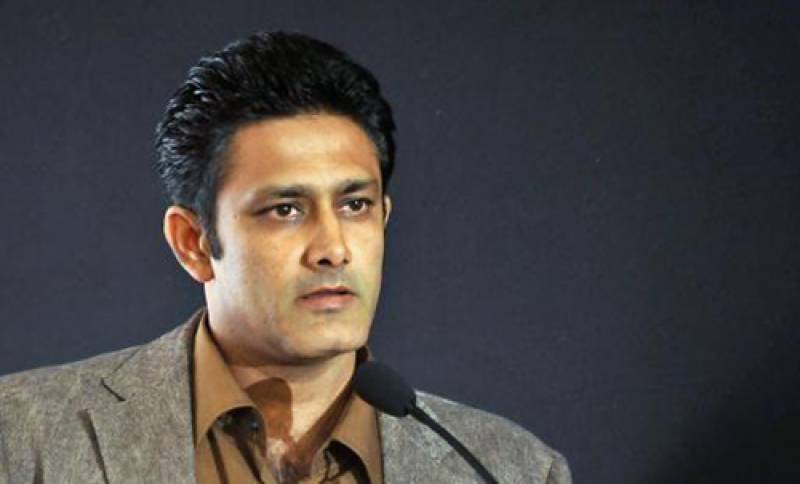 NEW DELHI: (APP) Former Test captain Anil Kumble was on Thursday named the new head coach of the Indian cricket team, the national board announced in the northern hill station of Dharamsala.

"After doing discussions with various stakeholders we have selected Anil Kumble for a period of one year," said Board of Control for Cricket in India (BCCI) president Anurag Thakur.