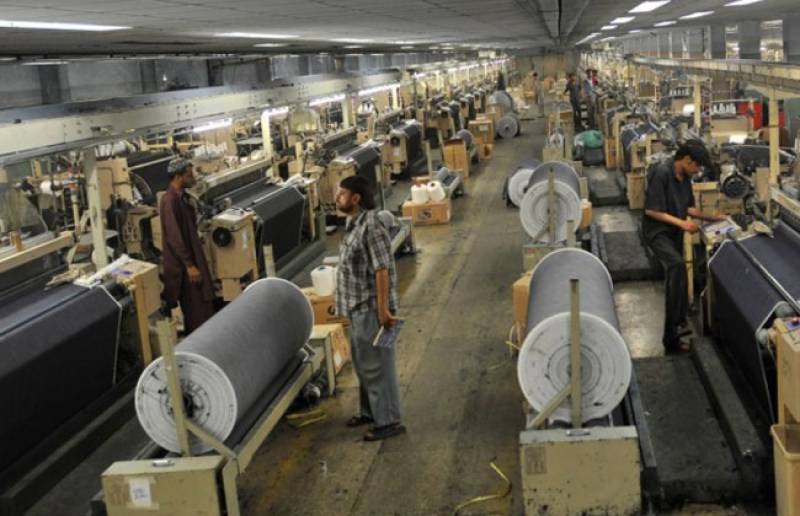 The country's large scale manufacturing (LSM) sector has witnessed growth of 3.92 per cent during the first 10 months of current fiscal year as compared to the corresponding period of last year.

The Quantum Index Numbers (QIM) of large scale manufacturing  industries was recorded at 133.51 points during July-April (2015-16) against 150.257 points during same period of last year, according to latest data of Pakistan Bureau of Statistics (PBS).

The highest growth of 2.42 per cent was witnessed in the indices monitored by Ministry of Industries followed 1.36 per cent increase in indices of Provincial Bureau of Statistics (PBOS) while the indices of Oil Companies Advisory Committee (OCAC) increased by 0.13 percent.

On the other hand, the LSM industries that witnessed negative growth, included iron and steel products (8.94 percent), electronics (3.45 per cent), paper and board (1.75 percent), engineering products (13.98 percent) and wood products (60.01 per cent).

The provisional QIM is being computed on the basis of the latest production data of 112 items received from sources including Oil Companies Advisory Committee (OCAC), Ministry of Industries and Production (MoIP) and Provincial Bureaus of Statistics (PBoS).