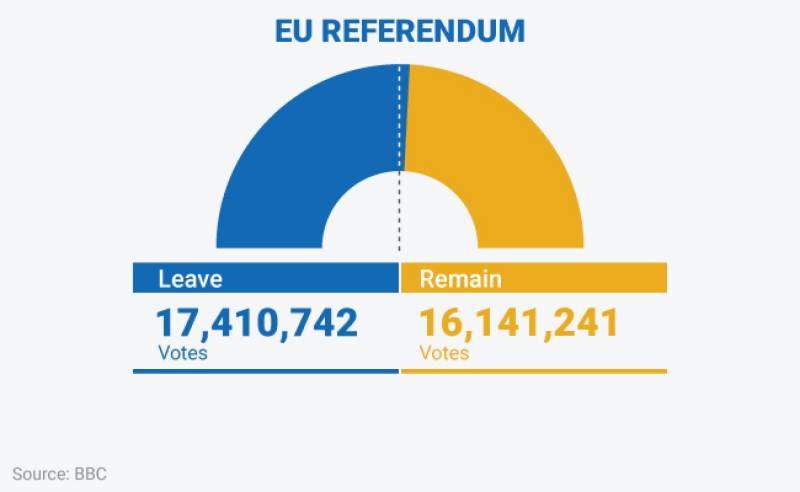 Britain has voted to leave the European Union by 51.9 percent to 48.1 percent, final results from all 382 of Britain's local counting centres showed on Friday.