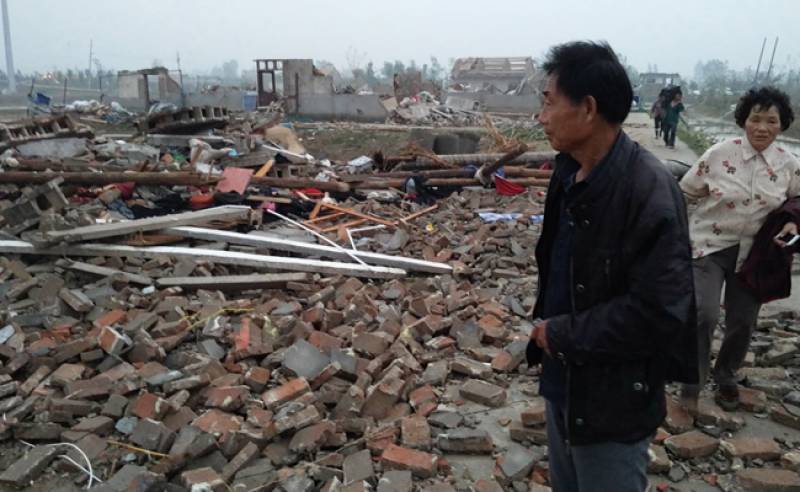 The storms hit Yancheng city in the province around 2:30 pm (0630 GMT) on Thursday, levelling homes, it said.

Winds of up to 125 km (77 miles) per hour struck the city and outlying suburbs, destroying numerous houses, according to the report.

Many parts of China have been lashed by torrential rains this week as summer rainstorms have been heavier than usual, causing damage across the country.

Flooding is common during the summer monsoon season in the south of China but precipitation has been particularly heavy this year.

Eight people were trapped in a flooded coal mine in southwest China's Guizhou province, Xinhua reported.