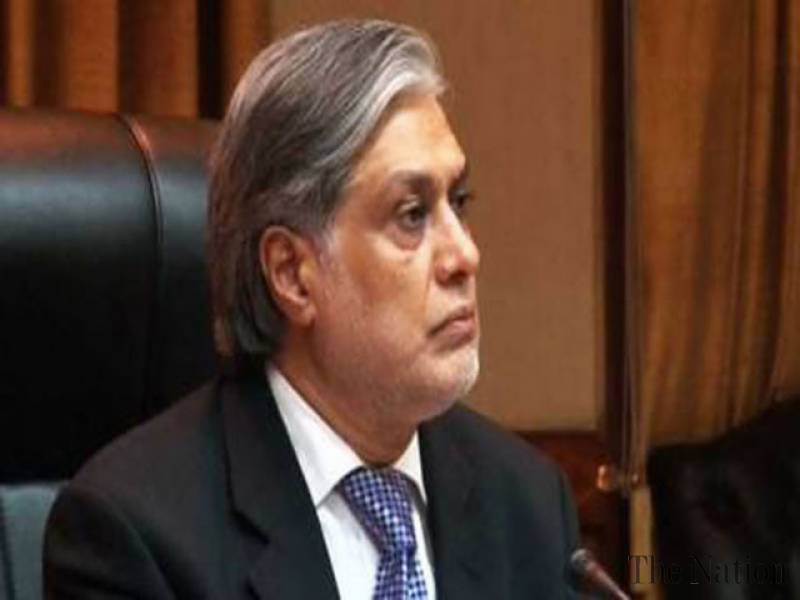 ISLAMABAD: (APP) Minister for Finance, Revenue, Statistics and Economic Affairs Division Ishaq Dar has said Pakistan Peoples' Party would regret its decision of agitation or filing cases against PML-N leadership and called upon saner elements in the party to avoid the politics of the 1990s.

"Although it is internal affair of PPP but it is regrettable that the party is going to be trapped and will lament this decision in coming days," Ishaq Dar said in a private news channel programme, replying to a question about decision of filing cases for disqualification of the five PML key leaders.

He said lead persons of the party in the ToRs committee are misguiding the party and it is responsibility of the elders in the party to apply their sanity instead of listening to those who were trapping the party.

He said he sees Bilawal Bhutto in the same manner as he used to, during meetings with Benazir Bhutto, when she used to call Bilawal to greet him. "I did not even reply his tweets. I see him with the same love as son of Benazir Bhutto."

He said during the last meeting the government team had clearly defined the course of proceedings to the committee on ToRs clarifying that in response to every point of their ToRs certain law will either be violated or complied.

"We had prepared comprehensive ToRs which can be acceptable to any person with an unbiased thinking," he added.

"PML-N does not need anybody's immunity or amnesty. PPP is itself falling prey to a trap on behest of some people and will regret its decision," he added.

Answering a question, the Finance Minister said, Chief of Army Staff called the Prime Minister twice; one time before the surgery and one time after it. Even when on other occasions, we had a contact with the COAS on national issues he first asked about health of the Prime Minister. "The government and the establishment have cordial relations. These are some people who are busy in rumour mongering and trying to create confusion."

About the health status of the Prime Minister, he said it was decided that Maryam Nawaz would continue updating on this issue and she has been doing so with her tweets. We have been told that doctors may allow the Prime Minister to travel during last days of Ramazan and on this matter also, we held a meeting to welcome the PM in a befitting manner.

He said his meeting with the Opposition Leader was about nomination of the members of Election Commission but as far as the matter of filing cases against the PML-N leaders, "it will not be a welcoming decision."

He also referred to the past when he met with Benazir Bhutto in 2002 and consequently a door was opened for negotiations that ended at creation of Charter of Democracy.

He said some names for the ECP members were sent to me by the Prime Minister that have informally been conveyed to the Opposition Leader. We have planned to hold meetings on the issue after Eid and hopefully the process would be completed

with stipulated 45 days and in the light of the 22nd constitutional amendment, two of the four upcoming members will have half tenure for one time like it was done in case of the members of the Senate.