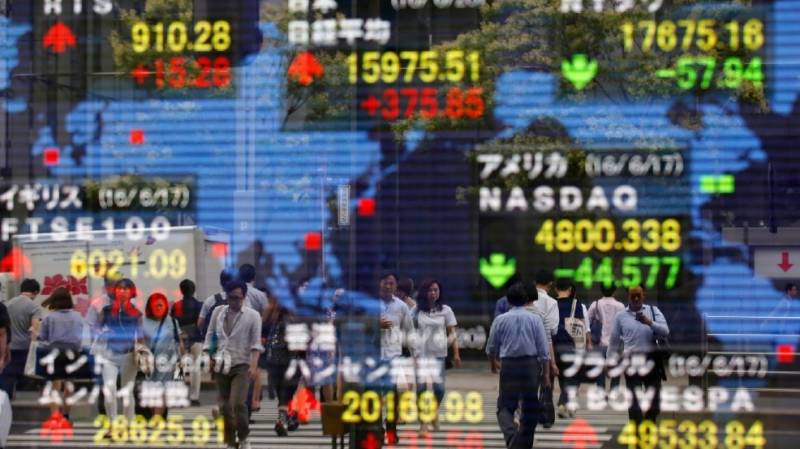 While opinion polls had said the race was neck and neck, markets worldwide rallied in the past week as a general consensus emerged that the country would vote to remain.

However, a series of victories for the anti-EU group has fuelled worries that the country could break away.

Sterling, which had touched a 2016 high of $1.50 in early morning trade, slumped to $1.40 after bookmakers made leave favourites.

Having previously said "remain" was likely to win -- some saying it was 90 percent certain -- most bookies had the Brexit camp as odds-on favourites.

"After the early confidence, we could be getting a dose of realism that's causing some reasonably skittish market movements," Jeremy Stretch, head of foreign exchange strategy at Canadian Imperial Bank of Commerce in London, told Bloomberg News.

"It does look like the margin between the two sides is going to be relatively tight, and accordingly sterling volatility is going to remain elevated until we get a more definitive picture."

With many financial groups believed to have conducted their own exit polls, there is a worry among traders that the fall in the pound could indicate Britain is on its way out of the bloc.

There are fears that a British decision to break away from the union would precipitate a rout across global stock markets that could wipe trillions off valuations and even lead to a worldwide recession.

Dealers ploughed into lower-risk investments, with the dollar tumbling to just above 103 yen from around 106.80 yen earlier.

The pound later edged back up to $1.4575 and the greenback recovered slightly to 104.90 yen, but analysts said there would likely be more volatility through the day.

And Stephen Innes, senior trader at OANDA Asia Pacific, said in a note: "While today's market levels going into voting have surprised on the top side of (the pound-dollar) and (dollar-yen), we should be very cognisant that much of the activity has occurred in gaunt markets.

"For the most part, trading has been periodic amid dwindling liquidity. We should expect a high level of volatility, bordering on excessive at times, as results hit the wires."

Stocks were also moving wildly, Tokyo plunged to almost three percent down from being almost one percent up, while Hong Kong opened 1.8 percent down and Sydney fell more than one percent. Shanghai shed 0.3 percent, Singapore lost 0.9 percent and Wellington 0.6 percent.