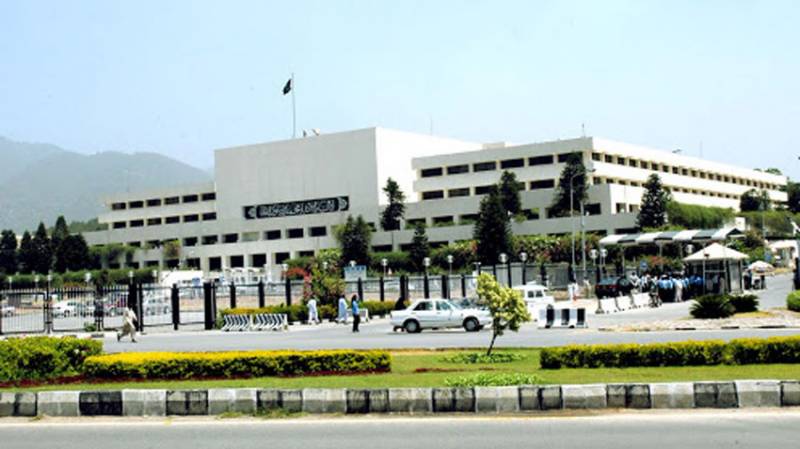 ISLAMABAD-Senate Friday passed a resolution to express solidarity with Aasiya Andrabi who is illegally detained in Delhi jail and demanded for her immediate release.

The resolution, tabled by an independent Senator Mushahid Hussain Syed, was unanimously adopted by the house.

The resolution said,”The Senate of Pakistan taking note of the plight of the brave political prisoner of Indian occupied Kashmir, Mohtarma Aasiya Andrabi Sahiba, the leader of the Dukhtran Millat, who is illegally detained in the isolation punishment ward of Delhi’s notorious Tihar jail, strongly condemns this action of Modi regime against an innocent person whose only crime is raising her voice for Azadi."

Senate expressed full solidarity with Aasiya Andrabi and saluted her courage and that of all political prisoners in Indian occupied Kashmir and urged her immediate release from illegal imprisonment.

Senate urged the government of Pakistan to take up the issue of Aasiya Andrabi with the United Nations Human Rights Council and other relevant international bodies, so that the sufferings of the oppressed people of occupied Kashmir, who are bravely facing bayonets of the Indian army's operation, could end with the restoration of their inalienable rights.