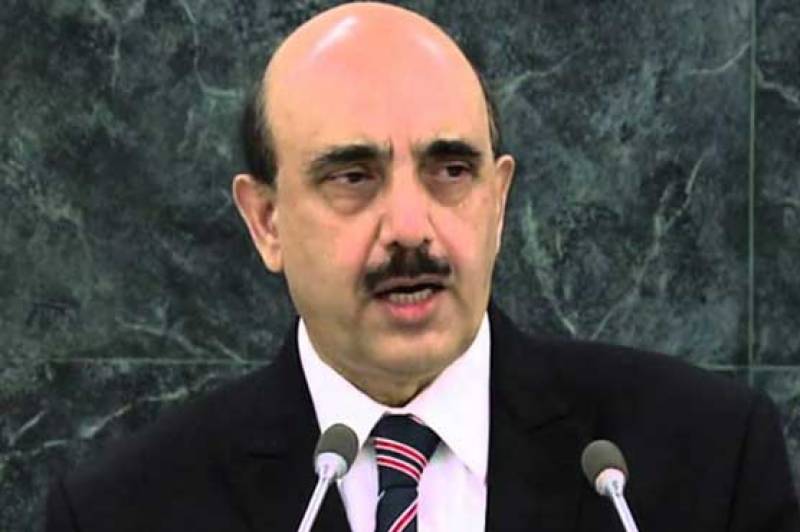 ISLAMABAD-Azad Jammu and Kashmir (AJK) President Sardar Masood Khan on Friday paid solemn tribute to the 10 million strong Kashmiri diaspora across the world for passionately highlighting the cause of Kashmiris.

Addressing a seminar “Kashmir Under Siege”, organized here by the Ministry of Information and Broadcasting, he warned of sinister designs of Indian leadership on Kashmir.

India, he said, was conspiring to disintegrate Pakistan under its strategy of 'Akhand Bharat'.  "This is what Mohan Bhagwat says, this is what Narendra Modi says and this is what Rajnath Singh says," he added.

The Indian leaders in responsible positions, he said, were threatening Pakistan with disintegration through conventional warfare as they were pursuing the fascist policy of Hindutva.

He categorically stated that any attack on Azad Kashmir would eventually be deemed an attack on Pakistan.

Sardar Masood said India had occupied Kashmir and its rulers were now bent on colonializing the disputed state. But Kashmir would ultimately become a part of Pakistan as per the Partition Plan of 1947. Had the voices of the people of Jammu and Kashmir were heeded to, it would have been included in Pakistan, he added.

He said Syed Fakhar Imam as the Chairman of Kashmir Committee had galvanized the public opinion in Pakistan and mobilized parliamentarians to forcefully raise the Kashmir issue at the world fora. He very well pursued the parliamentary diplomacy on Kashmir.

He said despite lack of economic resources, a force of volunteers had originated from the AJK and Gilgit-Baltistan with a command and control system. With a small quantity of weapons, they used sticks and rods to defeat the Dogra Army deputed in tgheir areas.

Had the Kashmiris not fought in 1947 with meager resources, Pakistan today would not have had a defensive ramp in the shape of GB and AJK, he added.\932