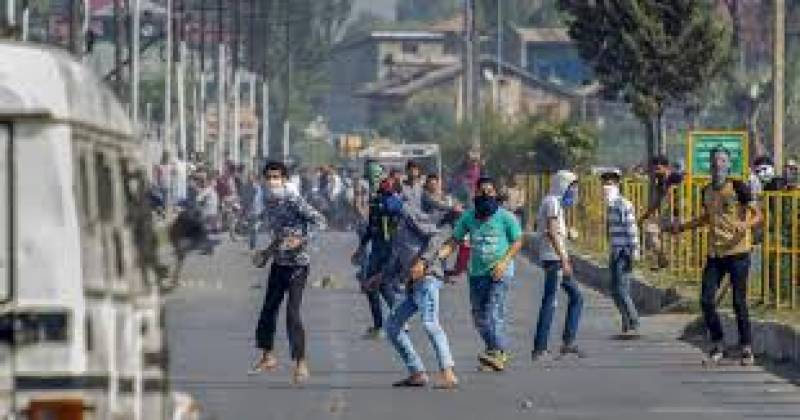 ISLAMABAD-Complete strike was observed, today, against the Indian aggression, wanton arrests, unrelenting killing of youth and attack on the Muslim identity of the territory by Narendra Modi-led fascist government, in Indian Occupied Kashmir.

According to Kashmir Media Service call for the strike and the demonstrations has been given by the All Parties Hurriyat Conference to register protest against India’s moves to change the territorial integrity and demographic composition of Indian occupied Kashmir.

It is also aimed at protesting against the forcible eviction of people from their lands across the territory especially those living near military camps, Indian government’s plan to construct 200,000 houses for RSS goons on these grabbed lands and arrest of thousands of Kashmiris in the recent days.

The APHC had also called for anti-India demonstrations after Juma prayers, today. However,

the occupation authorities imposed strict restrictions by deploying Indian troops and police personnel in strength across the territory to keep people indoors.

The APHC in a statement in Srinagar thanking the Kashmiri people for today’s strike said that the ongoing struggle would continue till the achievement of cherished goal of freedom.

It asked them to mark the upcoming 5th August as a black day against the Indian oppression and draw world’s attention towards the lingering Kashmir dispute.

Modi regime had repealed the special status of occupied Kashmir on 5th August, last year and placed the territory under strict military siege, which still continues.

The APHC reiterated its appeal to the Kashmiris not to sell their land to the non-Kashmiris and bravely face the military pressure.