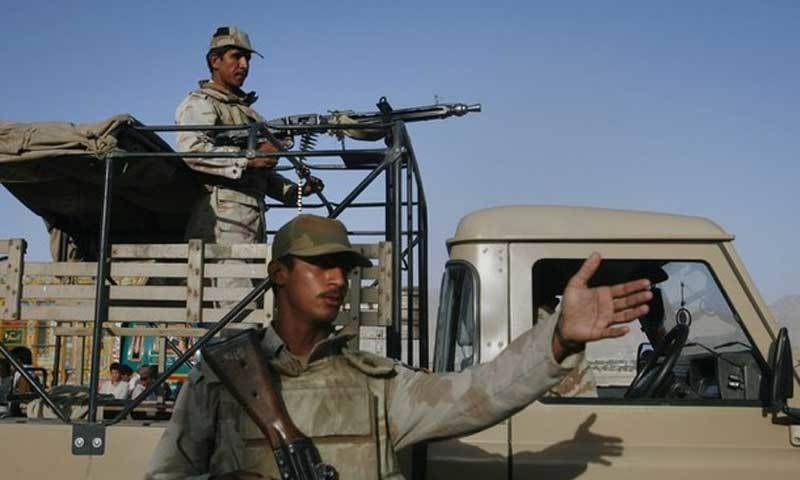 *QUETTA* - Three security personnel were martyred while 13 others sustained injuries after a military convoy on election duty came under attack in Turbat on Tuesday.

Unidentified attackers targetted the convoy near a polling station established in Mund area, initial reports suggested. The injured were shifted to the District Headquarters Hospital Turbat while the area has been cordoned off and an investigation is underway.

The attack is the latest incident of violence to grip the province in the run up to the elections. At least 30 people were injured, five critically, in a hand grenade attack ripped through the election office of the Balochistan Awami Party (BAP) in the Dalbandin area of Chaghi district on July 22.

The grenade exploded inside the office, injuring 30 party workers and supporters of Notezai. Security forces rushed to the scene and moved the injured to the district hospital.

On July 13, Balochistan Awami Party (BAP) Siraj Raisani leader was among 149 martyred in a terrorist attack. Over 200 others were injured in one of the deadliest attacks in the country’s history.