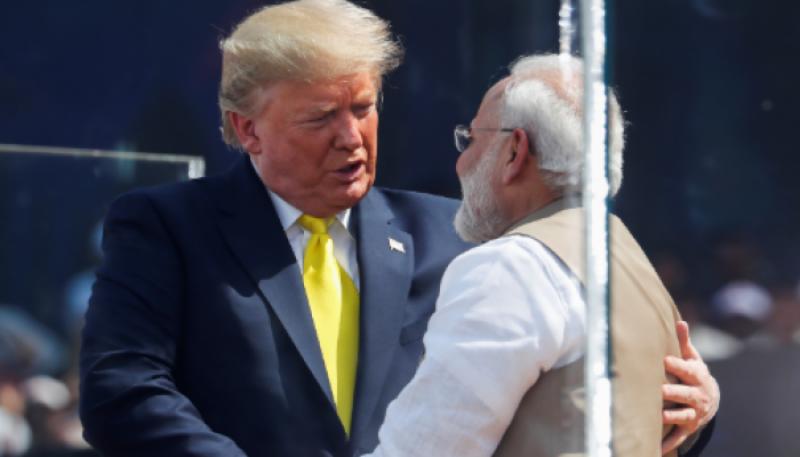 Addressing thousands of people at the Motera stadium in Ahmedabad with a 'namaste', the US President Donald Trump said that the two countries will seal defence deals worth $3 billion on Tuesday.

Trump said, "I'm pleased to announce that tomorrow our representatives will sign deals to sell over US$ 3 Billion, in the absolute finest state of the art military helicopters and other equipment to the Indian armed forces"

The US President further said, "As we continue to build our defence cooperation, the US looks forward to providing India with some of the best and most feared military equipment on the planet.

We make the greatest weapons ever made. We make the best and we are dealing now with India."

Trump also spoke out against terrorism in his address and said, "Both our countries are hurt by the turmoil of terrorism... Today the ISIS caliphate has been 100% destroyed and al-Baghdadi is dead."

Praising India’s “remarkable hospitality”, Trump said, "PM Modi started out as 'tea wallah', he worked as a tea seller. Everybody loves him but I will tell you this, he is very tough.”

In the closing speech, Trump said, "Today I say to all Indians to take pride in the glories of the past.

Unite for the future and let our nations come together for freedom and its values. God bless America, God bless India. We love India very much."