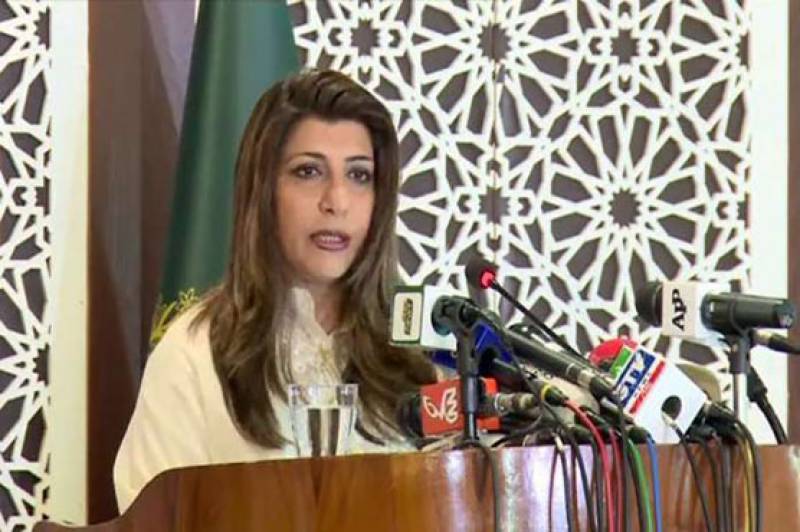 She termed speculations of Trump’s visit to Pakistan as “false”.

The FO spokesperson welcomed the announcement of the U.S.-Taliban peace deal, and expressed hope that the agreement would bring peace and stability in Afghanistan.

Tens of thousands of people packed into a stadium in western India to welcome U.S. President Donald Trump on Monday as he began his first official visit to the country at a time when relations that have been buffeted by a trade dispute.

Trump landed in the western city of Ahmedabad, the political home of Indian Prime Minister Narendra Modi, to a raucous welcome, at the start of a two-day trip that will also take him to the Taj Mahal in Agra and Delhi for official meetings.

U.S. concerns that led last year to the suspension of India’s tariff-free access for some $5.6 billion in exports under the 1970s-era Generalized System of Preferences still remain, U.S. officials say.