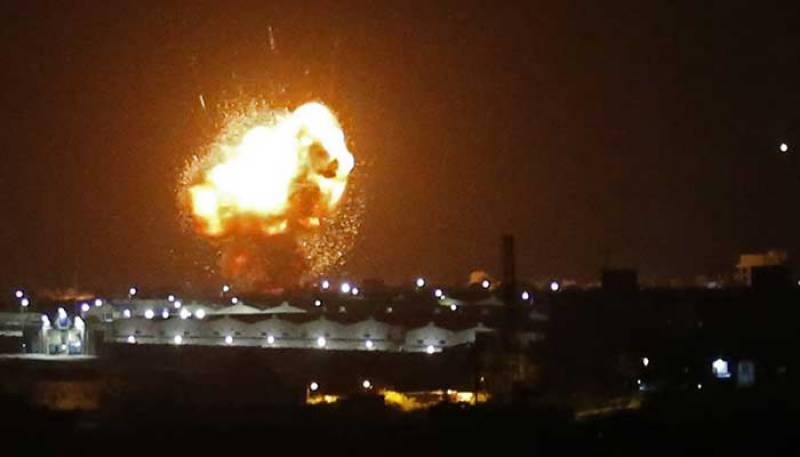 JERUSALEM: A war monitor reported on Monday that Israeli air strikes killed six alleged militants from the Islamic Jihad militant group in the Gaza Strip and Syria, after the group fired a barrage of rockets at Israel.

In the latest tit-for-tat violence ahead of a March 2 general election in the Jewish state, the Israeli Air Force targeted "Islamic Jihad terror sites" throughout Gaza and near the Syrian capital Damascus, a military statement said.

It followed more than 20 rockets and mortars fired from the Palestinian enclave, themselves a response to the killing of an Islamic Jihad militant along the Gaza-Israel border.

Islamic Jihad, which along with allied group Hamas has fought three wars with Israel since 2008, operates in both the Gaza Strip and Syria.

The Israeli army said it had struck Islamic Jihad targets on the outskirts of Damascus, including a base "used as a hub" for the group's activities in the country.

Islamic Jihad, which is allied with Syrian President Bashar al-Assad, confirmed early Monday that two of its fighters were killed.

At least one of the Iran-backed fighters was Syrian, while the nationalities of the others remained unknown, Observatory head Rami Abdel Rahman told AFP.

Since the start of the Syrian conflict in 2011, Israel has carried out hundreds of strikes in Syria, mainly targeting government troops as well as allied Iranian forces and fighters from the Lebanese group Hezbollah.

It is rare for them to claim such strikes directly. - APP / AFP