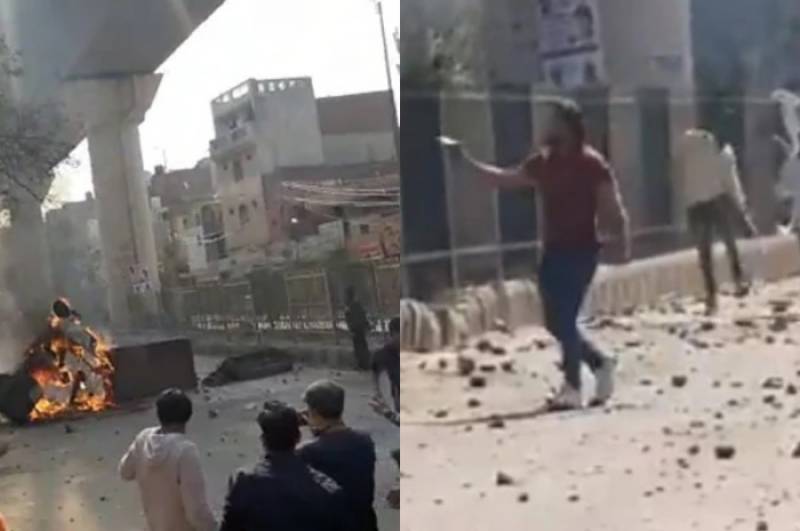 New Delhi: India heading towards civil war scenario over controversial citizenship act 2019.Ahead of US President Donald Trump’s expected arrival in New Delhi after visiting other states, the supporters of BJP government attacked people protesting against the citizenship law at Shaheen Bagh in order to clear the area.

This is the second clash during the last 24 hours in the capital where over 1000 women gathered near Jaffarabad area since Saturday to protest the controversial Citizenship Amendment Act (CAA).

The attackers pelted stones on the protesters while an extermist resrorted to aerial firing in the area. Following the attack, the protester also responded by throwing steones at them.

Delhi police then move forward to restore the order and fired tear gas sheels to despers the supporters of both parties. As the tension aggregated, paramilitary forces were called to support the police.

Durin the clash, a head constable was killed while numbes of people hve injured so far.

The government has imposed Section 144 in northeast Delhi, banning gatherings.