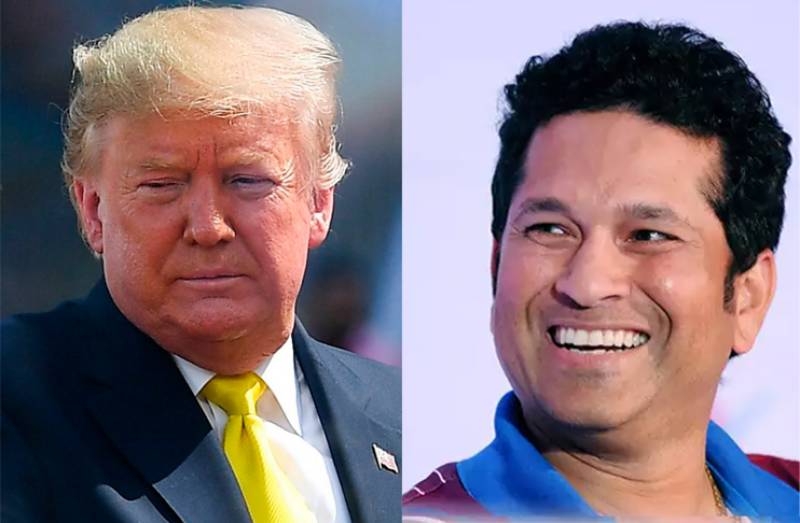 U.S President Donald Trump is facing trolls as he wrongfully pronounced Sachin Tendulkar and Virat Kohli’s names on his ongoing visit to India.

Trump while inaugurating the newly-built World’s largest Stadium in Ahmedabad, he struggled to name them but crowd applauded him for mentioning the star cricketers

“This is the country where your people cheer on some of the world’s greatest cricket players from Soo-chin Tendul-kerrr to Virot Ko-lee,” Trump said.

However, the International Cricket Council (ICC) reacted and took a jibe at Trump’s hilarious pronunciation.