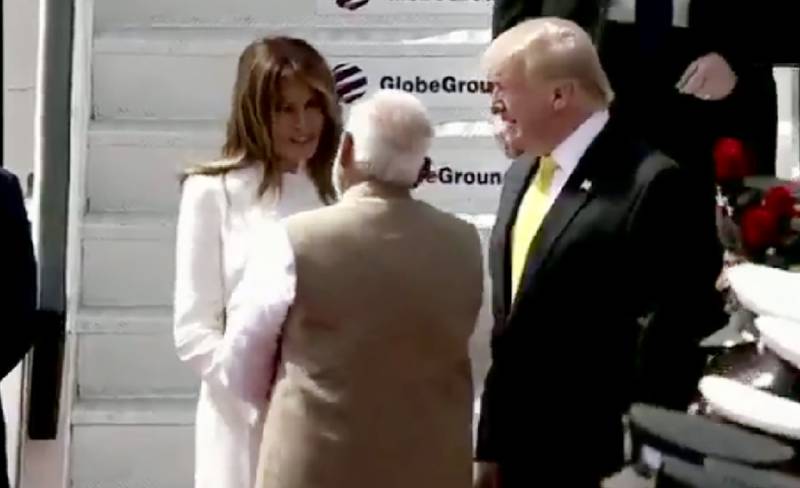 *Indian Prime Minister (PM) Narendra Modi forgot the diplomatic norms at arrival of US President Donald Trump in India as he hold the hand of first lady Melania Trump and forget to release after shaking hand.*

Donald Trump arrived in India on Monday for his maiden visit to the country.

The president was accompanied by his wife Melania, daughter Ivanka, son-in-law Jared Kushner and top brass of his administration.

Narendra Modi ignored the ethical norms and shook hand with Trump one time but four times with Melania Trump. He ignored the US president and took his wife forward that changed the face expression of Trump.

Ahead of his departure to India, the US president tweeted, “I hear it’s going to be a big event, some people say the biggest event they ever had in India. That´s what the prime minister told me”.