China’s Foreign Ministry reacts over the historic Afghanistan peace deal between US and Taliban
24 Feb, 2020 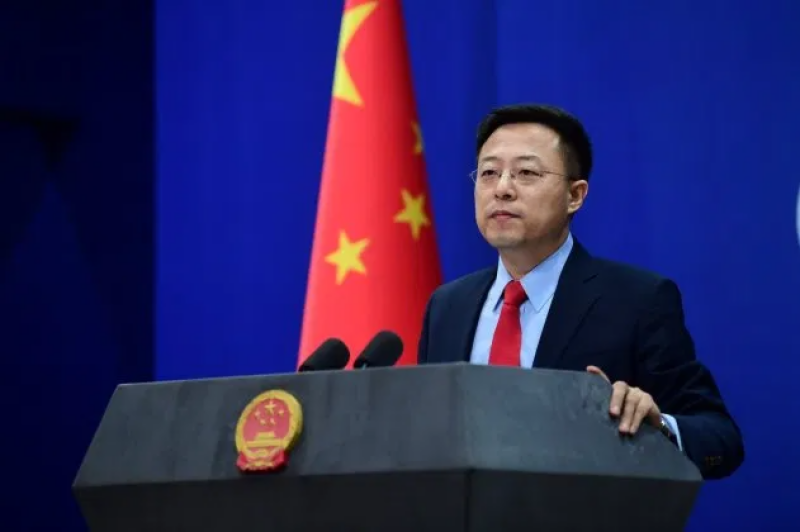 BEIJING - Welcoming the US-Taliban peace deal likely to be signed later this month, a Chinese Foreign Ministry spokesperson on Monday said China believed that the treaty would pave way for a smooth and orderly withdrawal of foreign troops stationed in Afghanistan and prevent terrorist organizations from taking advantage of the situation in that country.

“We welcome the news that the United States and the Afghan Taliban will reach and sign a deal,” Chinese Foreign Ministry Spokesperson Zhao Lijian said here at a press conference.

The United States and the Taliban in Afghanistan have announced that they will sign a peace agreement on February 29. It will be witnessed by international observers.

“We hope that the relevant agreements will be smoothly implemented to prepare a ground for a political settlement of the Afghanistan issue,” he added.

Noticing the relevant reports, he said that China had maintained close communication and coordination with the relevant parties on the latest situation on Afghanistan.

He said that China firmly supported an Afghan-led and Afghan-owned broad and inclusive process for peace and reconciliation which supported the parties concerned in Afghanistan to strengthen dialogue.

“We believe that foreign troops stationed in Afghanistan should be withdrawn in an orderly and responsible manner to ensure that the situation will have a smooth transition,” he added.

Zhao Lijian said that the Chinese side also believed that the deal would prevent any security vacuum and also ensure to prevent terrorist organizations from taking advantage of the situation in Afghanistan.

He said that China was willing to continue to strengthen cooperation with the parties to the Afghan issue and the international community to jointly contribute to peace, stability and development in Afghanistan.

He said that Afghanistan was China’s friendly neighbour, saying, “We respect the Afghan presidential election procedures and supports the Afghan people to independently deciding the future of the country.”

He said that the Chinese side would continue to work with the new Afghan government and people from all walks of life to promote peace, stability, and development in Afghanistan.

On February 18, the Election Commission of Afghanistan announced that Ashraf Ghani, the current president, obtained 50.64% of the votes in the presidential election held on September 28, 2019, and was successfully re-elected.