AI concerned over impunity to Indian troops for HR abuses in IOK
24 Feb, 2018 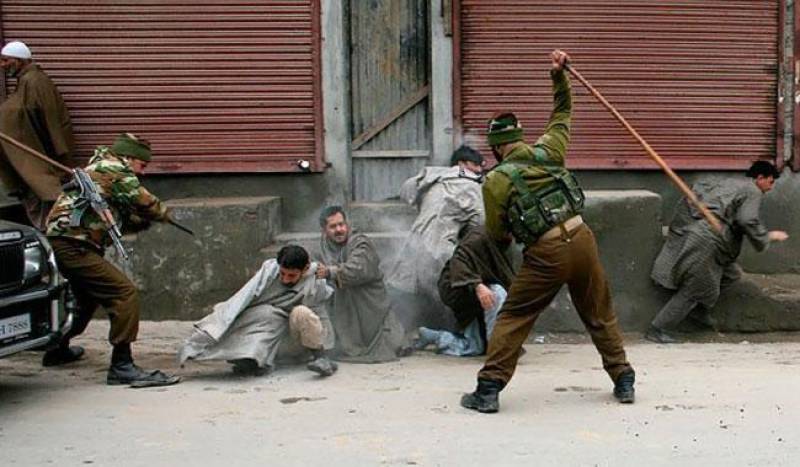 The Amnesty International in its annual report for 2017-18 said that in April last year eight people were killed by the Indian forces following protests during a by-election for an Indian Parliamentary seat.

The report maintained that in June, a military court set up under the paramilitary Border Security Force acquitted two soldiers of killing 16-year-old Zahid Farooq Sheikh in 2010.In July, it stated, an appellate military court suspended the life sentences of five army personnel convicted by a court-martial of the extrajudicial executions of three men in Machil in 2010.

Meanwhile, in occupied Kashmir, the Joint Resistance leadership comprising Syed Ali Gilani, Mirwaiz Umar Farooq and Muhammad Yasin Malik in a statement in Srinagar demanded of the UN to investigate Kunanposhpora mass rape and other such incidents through its War Crimes Tribunal to punish the involved Indian troops.APP/AFP