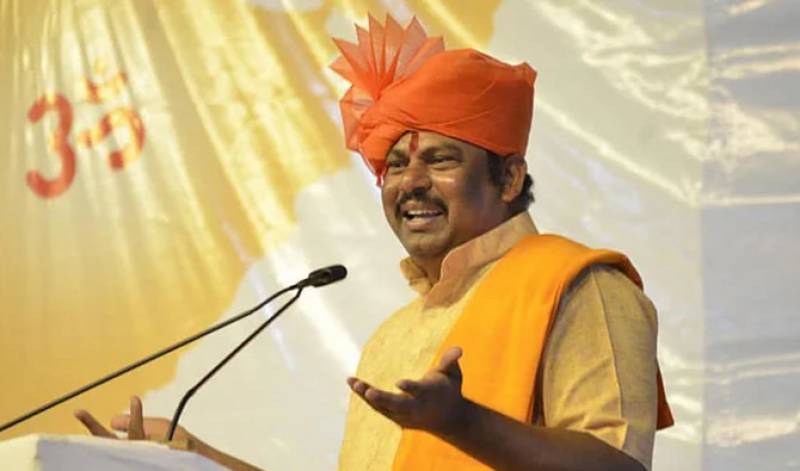 MUMBAI – Indian police on Tuesday detained a state lawmaker from Prime Minister Narendra Modi’s party for “promoting enmity in the name of religion”.

Muslim groups had demanded his arrest for his comments in a video about Prophet Muhammad (peace be upon him).

The detention of T. Raja Singh, a lawmaker in the southern state of Telangana, comes months after his Bharatiya Janata Party (BJP) suspended a spokesperson for her remarks about the Holy Prophet (PBUH) that had led to a diplomatic backlash against India.

“He has been charged with promoting enmity in the name of religion,” says Joel Davis, a senior police official in Hyderabad city.

“We have detained him and we will arrest him. This is about the recent video that he posted.”

The Hindu nationalist BJP would examine Singh’s remarks and take action if he was found to have violated its code, party spokesperson K Krishna Rao said.

Hundreds of Muslims protested against Singh on Monday evening after the video appeared on social media.