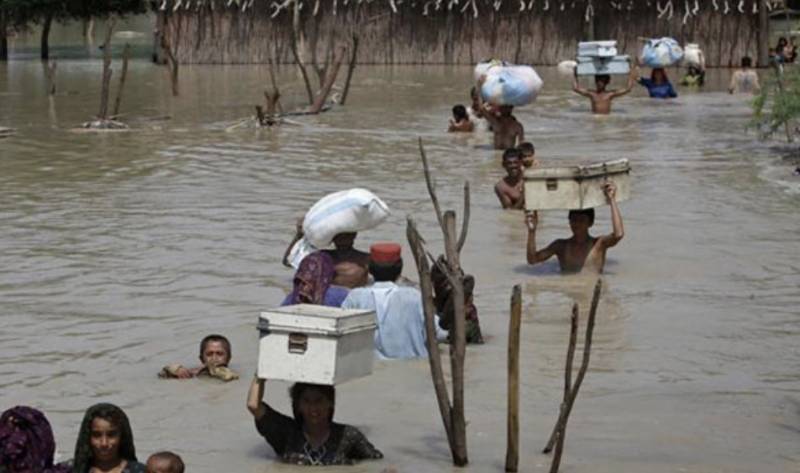 *KARACHI: At least 263 people have been killed and over 700 have been injured in Sindh as heavy rains and floods continued to wreak havoc in the province. *

According to the data shared by Provincial Disaster Management Authority (PDMA) Sindh, over 32 people were killed in past 24 hours in different rain-related incidents across the province, with most deaths reported from the Larkana division.

“24 people died in Larkana while four each death was reported from Dadu, Sukkur and Jacobabad,” said the PDMA, adding that over 700 people were also injured as a result of heavy rians.

In the Hyderabad division, 31,684 houses were partially destroyed, 25,812 were completely destroyed and 830 cattle were also lost.

The unrelenting spell of the monsoon which started on August 17 has flooded large parts of Sindh. *More rains expected*

The Pakistan Meteorological Department forecast more showers in various parts of Sindh including Karachi during the next 48 hours under the influence of the new monsoon spell link.

The Met Office has warned that the strong weather system was penetrating monsoon currents in the southern and upper parts of Pakistan.

He said few parts of Karachi are likely to receive moderate to heavy downpour from August 24 to 25. Khairpur, Larkana, Sukkur, Ghotki, Kashmore, Jacobabad will also receive rain during the said period.