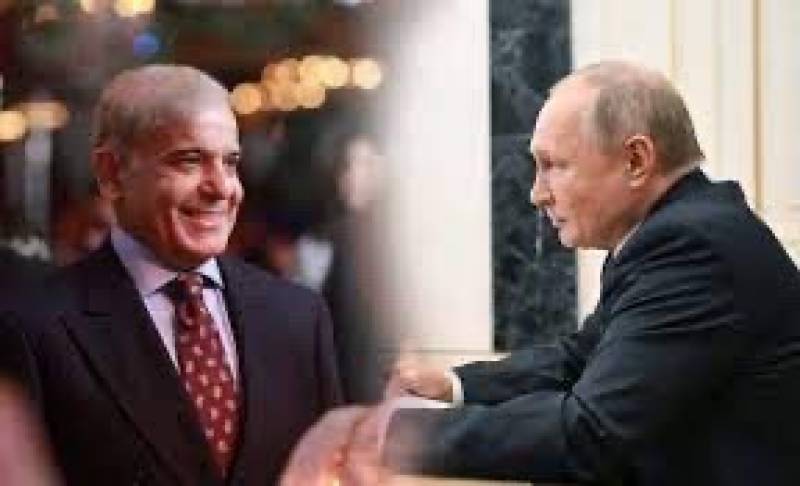 *Express Tribune* reported that Islamabad and Kremlin exchanged letters after the election of Shehbaz as prime minister while both sides kept communication under wraps for some time to avoid any public attention.

The revelation surfaced as former PM Imran Khan claimed that his maiden visit to Russia opposed Washington's wishes, which led to his ouster.

Report quoting an anonymous foreign office official said President Putin penned a letter to PM Sharif, felicitating him on his election, and expressed his desire to deepen cooperation between the two nations.

Putin's letter cited that “I hope that as Prime Minister you will seek to further promote closer multifaceted cooperation between Russia and Pakistan, as well as partnership in the Afghan settlement and countering international terrorism”.

Pakistani premier then wrote back to Putin expressing gratitude for his felicitation and expressed similar sentiments on bilateral ties between the two sides as well as cooperation in Afghanistan.

Earlier, former PM Imran Khan claimed that he was ousted from premiership in wake of an alleged US-backed vote of no-confidence, saying Washington did not want him to visit Moscow to meet President Putin on February 24.

Meanwhile, the US Department of State has repeatedly trashed the PTI chairman's allegations that Washington plotted a regime change in Islamabad.

Earlier this week, US State Department Principal Deputy Spokesperson Jalina Porter said that Washington reiterated that there is absolutely no truth to those rumours as alleged by the former Pakistani PM. She also hailed NSC huddle which opposed claim about a ‘foreign conspiracy’.