Pakistan needs America for the progress of the country: PMLN Minister
24 Apr, 2022 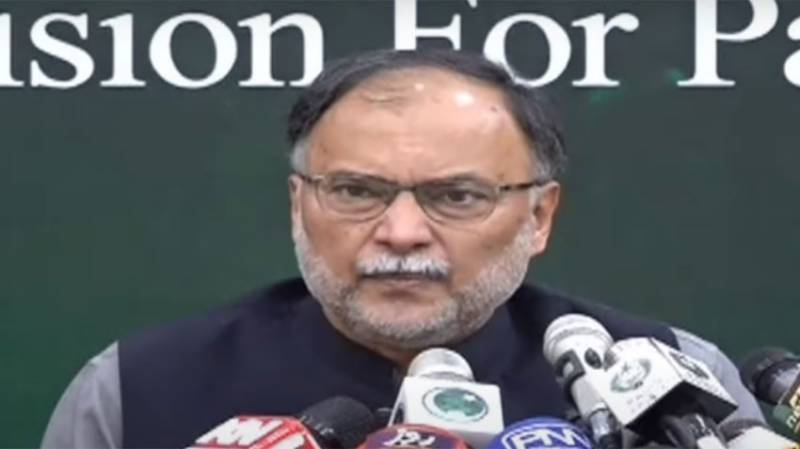 Federal Minister for Planning Ahsan Iqbal has said that the new government is working tirelessly to solve the issues faced by the country.

Addressing a press conference in Lahore on Sunday, he said that work is being done at a fast speed under Prime Minister Shahbaz Sharif's leadership. He said that Pakistan will keep moving forward and we will make the country's economy strong again.

He said China gifted us the CPEC mega project which was damaged by the previous government, during whose tenure, investment not worth even one dollar came into the country.

He said that the PTI Government did not launch work even on a single industrial zone under CPEC out of nine, which were supposed to be completed by 2020.

He said that the European Union granted us GSP Plus status as well as huge markets. However, Imran Khan started to challenge the EU to save his politics.

He said that US markets provide a huge platform for the progress of our businesses. He said that Pakistan wants access to US trade markets as well as US technology in several sectors.

Ahsan Iqbal said that Imran Khan is playing with the country's interests to keep his failed politics alive and pamper his ego.

The Federal Minister said that Imran Khan termed the No Confidence Motion against his government an international conspiracy. He said that the National Security Committee has twice stated that as per probe done by the country's top intelligence agencies, no conspiracy has been found in the diplomatic letter.

To question, the Federal Minister said that the new government will not make any baseless case against its opponents.