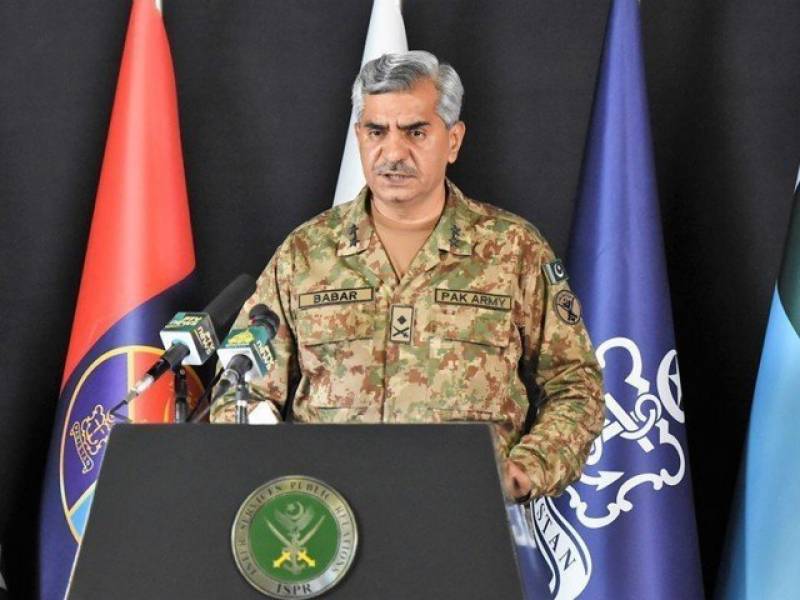 Director-General of Inter-Services Public Relations (ISPR) Major General Babar Iftikhar on Friday announced that in wake of the coronavirus pandemic, Pakistan Army will not take internal security (IS) allowance.

He added the decision has been taken so that the government could spend these funds on corona affected patients.

Addressing a press conference, the DG ISPR said that Chief of Army Staff (COAS) Ganeral Qamar Javed Bajwa has directed to implement steps taken to contain coronavirus with the help of civil institutions.

The DG told that a conference was held under the supervision of army chief to discuss the situation caused by the deadly virus. The COAS has instructed to carry on the training of Pakistan Army officers and use all the resources to fight the epidemic, he stated.

Director General of military media wing told that Pakistan Army has decided not to take Internal Security Allowance in the wake of worsening situation due to coroanvirus.

Major General Iftikhar also said that all of the army’s resources are being used to combat the pandemic.

“A smart lockdown and testing, tracing and quarantining will drive our efforts against Covid-19. We will have a targeted lockdown only for virus hotspots and clusters,” said the director general of the military’s media wing.