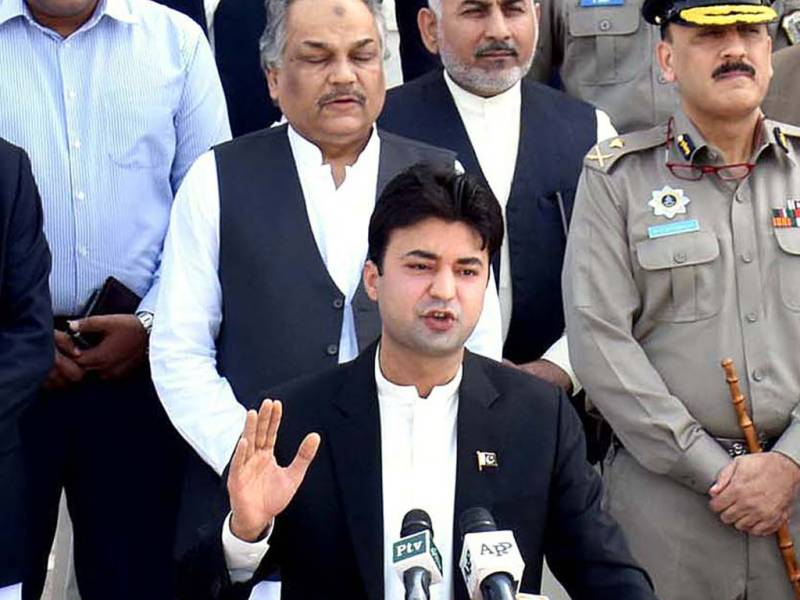 ISLAMABAD: Minister for Communication Murad Saeed said the leaders of previous government cultivated personal relations with Indian Prime Minister Narendra Modi and Nawaz Sharif invited him to the wedding of his granddaughter.

He was responding to the remarks made by former PPP foreign minister Hina Rabbani Khar.

Murad said Bilawal Bhutto Zardari was advocating the case of India at a time when Pakistan was at war and shooting down Indian airplanes violating country’s sovereignty.

He said Hussain Haqqani who was talking against Pakistan was appointed Pakistan’s ambassador to United States by Peoples Party.

The names of Asif Ali Zardari, his sister and Bilawal Bhutto were mentioned in the case of fake bank accounts, he continued.

While referring to death of a girl in a hospital in Sindh, he criticized the performance of departments of police and health departments in Sindh and blamed the provincial government for rising poverty in the province.

The minister said Bilawal Bhutto Zardari could not read without “chit” and even his fees of Oxford University were paid from public money.

Murad said Imran Khan engaged the United States on the basis of equality and under his leadership, Pakistan’s armed forces gave a befitting response to India.

As Murad was speaking on the floor of the House, opposition members disrupted proceedings and tore copies of the agenda. Deputy Speaker Qasim Khan Suri who was chairing the session suspended the proceedings for 20 minutes.