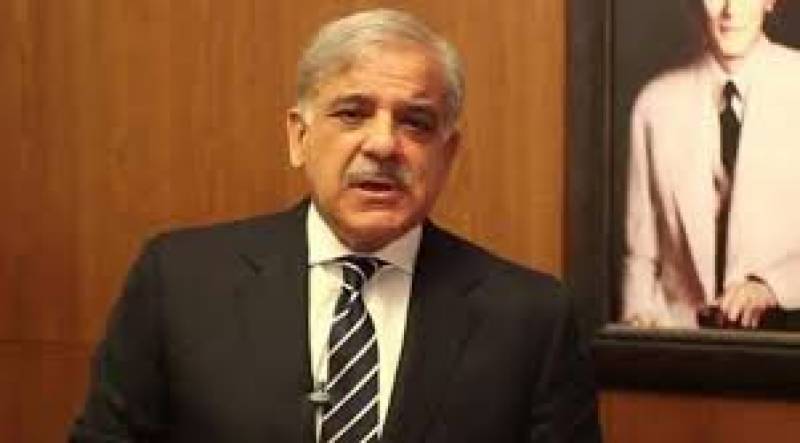 LAHORE: PML-N President and Punjab Chief Minister Muhammad Shehbaz Sharif Monday said the China-Pakistan Economic Corridor (CPEC) was not limited to any of the provinces but was a gigantic project for the whole of Pakistan.

"It's not a project of building roads and bridges only but a broader initiative of inter-connecting different continents, regions and countries," he added.

He expressed these views while addressing the China-Pakistan Economic Corridor Seminar held under the aegis of Ministry of Planning & Development and Dawn Media group in Karachi.

The chief minister said the CPEC would have to be transformed into a huge development project of future which would benefit the 220 million people of Pakistan. In fact, he said, the CPEC had become a game-changer and this mega project had opened new avenues of cooperation in Pak-China friendship. "It depends upon us to make it a success," he said, adding their enemies were engaged in spate of negative propaganda about the CPEC as they did not want that Pakistan could reap its fruits.

"The enemies of CPEC are, in fact, the enemies of Pakistan and its enemies are opponents of our development and prosperity.

Our enemies do not want Pakistan to become self-reliant. We are happy that lion's share has been given to the province of Sindh under the CPEC," said Shehbaz Sharif and added that speedy work was going on Thar Coal Project due to the CPEC.

"Let us join hands and work harder with commitment and untiring efforts to make Pakistan a role model in the world.

We should take full benefit of the opportunity and work collectively to make Pakistan a modern welfare state," he said.

The chief minister recalled after the general elections of 2013, they went to China under the leadership of the then Prime Minister Muhammad Nawaz Sharif and held parleys with the Chinese leadership for energy projects. The energy crisis had badly affected the economy and every other sector in Pakistan then. The Chinese leadership well-understood Pakistani problems, especially our energy needs and helped them in an hour of trial.

He said Chinese leadership had given a priceless gift worth 60 billion dollars in shape of CPEC projects. China made this colossal investment without attaching any strings nor repeated any 'Do More' in garb of this investment.

The chief minister said belt and road was a wonderful vision of Chinese President and CPEC was an extended phase of it. He said political leadership of Pakistan had worked very hard and sincerely to give a practical shape to the CPEC. "Very rapid work has been done on CPEC," he added.

Shehbaz Sharif said he was a great admirer of Chinese development model. "Mutual liaison can be further enhanced by initiating necessary economic steps through belt and road."

He said Pakistan and China were moving side by side in the journey of development and prosperity. "Our goal and objectives are the same.

The friends and enemies of Pakistan and China are also the same,"he maintained.

Shehbaz Sharif said 60 per cent population of Pakistan consisted of the youth and a best opportunity had been provided to empower them through this project. "We have to take benefit of this opportunity to move forward. A soft revolution will be materialized in Pakistan if the youth has been empowered and our country will become developed and prosperous.

He said the Punjab government had sent 500 students to China to learn the Chinese language. These students, he added, would act as a bridge between Pakistan and China after learning it. He said China was a global economic and military power and it had achieved this status with continued hardwork. "Let's make a pledge to make this country great and strong," he opined.