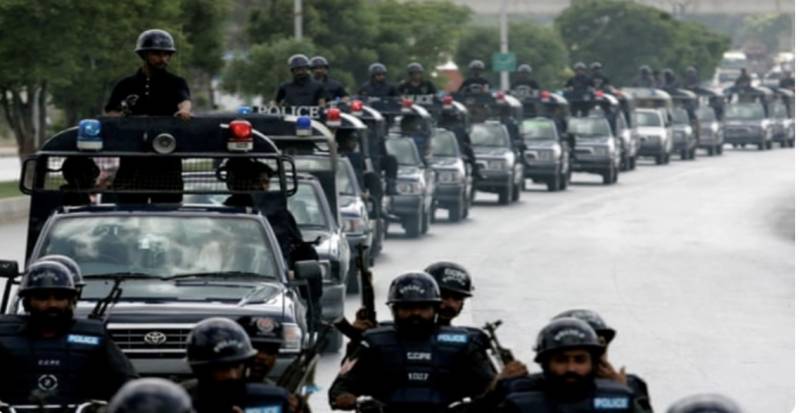 *ISLAMABAD: As many as 1,025 Sindh police personnel have reached Islamabad to assist the federal police to maintain law and order ahead of possible protest of a political party, ARY News reported on Friday.*

According to a statement from Interior Ministry, the personnel of Sindh police were summoned to assist Islamabad force in maintaining law and order situation in the federal capital.

Almost 900 trainees and 125 training staff were sent from PTC [Police Training College] Shahdadpur to Islamabad. Principal PTC Shahdadpur Ali Sher Jakhrani will head the Sindh Police contingent. The personnel will be equipped with all anti-riot equipment apart from manpower.

It is pertinent to mention here that the federal government demanded over 30,000 police, rangers and FC forces from provinces link fearing Pakistan Tehreek-e-Insaf’s (PTI) expected to call for another long-march toward Islamabad.

Sources say that the Pakistan Muslim League Nawaz-led (PML-N) federal government has urged the provincial government to provide security personnel in order to tighten the capital’s security link in case of a long march by PTI.