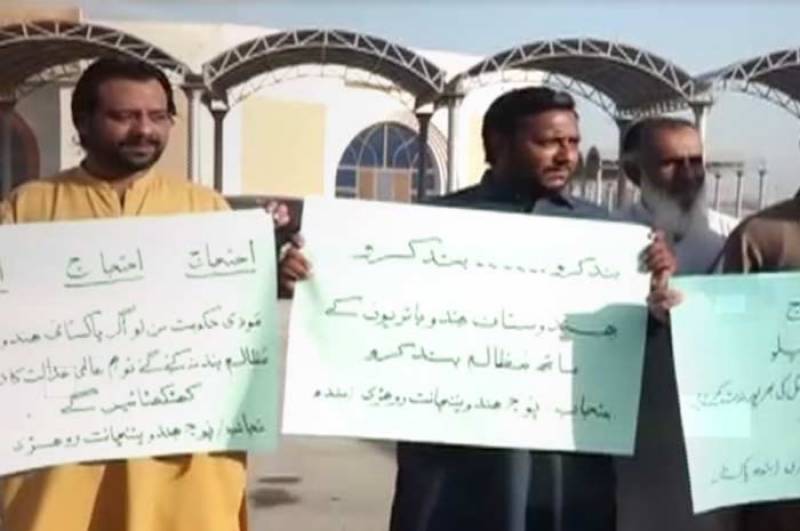 Sukkur: Hindu council is carrying out long march followed by a protest against the murders of eleven Pakistani Hindus in India.

According to details, the council is conducting March from Sukkur to Islamabad in order to show solidarity with the bereaved families.

We will approach International Court of Justice (ICJ) if India did not take actions against murderers, said protestors.

The bodies of immigrant family were found in the field of a small village in India’s Jodhpur district on August 09.