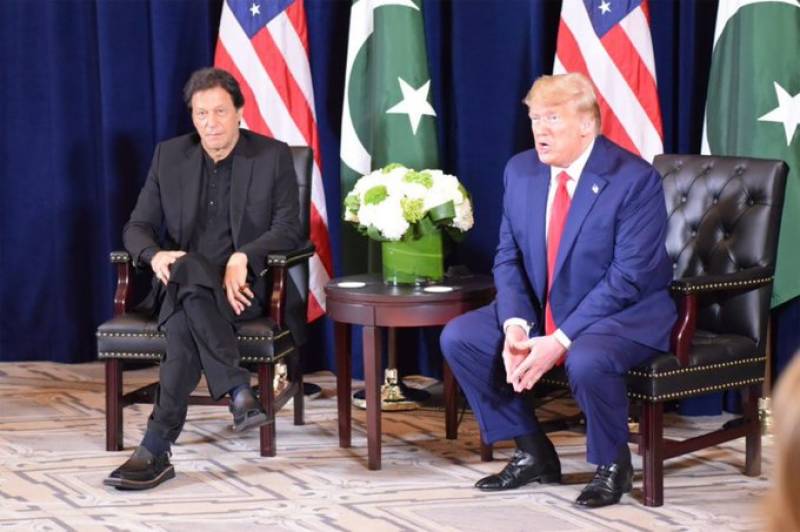 WASHINGTON - US President Donald Trump has said there was a very aggressive statement in yesterday's address of Indian Prime Minister Narendra Modi.

US President Donald Trump has once again offered to mediate on the issue of Kashmir with the consent of both Pakistan and India leaders.

Addressing a news conference along with Prime Minister Imran Khan in New York on the sidelines of 74th session of the United Nations General Assembly on Monday, he said he enjoys good relations with the leadership of both countries. He expressed hope that leadership of India and Pakistan can work together to sort this issue out.

Trump said there is always a solution to any issue and I hope this issue can be resolved as well.

Appreciating the political wisdom and acumen of Imran Khan, he said he trusts Pakistan and Prime Minister Imran Khan. He said Imran Khan wants to work for development of the region.

Referring to Afghanistan, President Trump said he had great discussion with Prime Minister Imran Khan on dialogue with Taliban, situation in Afghanistan and regional peace.

He said we also discussed enhancing the bilateral trade volume between the two countries which presently stands at lower level.

Prime Minister Imran Khan said the US being a large country of the world should play its role in ending the humanitarian crisis in Occupied Kashmir. He asked President Trump to assume responsibility in this regard as being head of a major power.