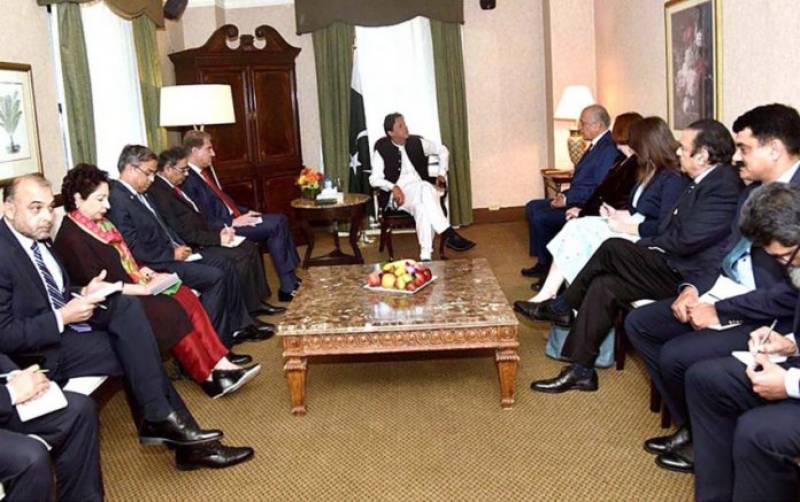 He further said he looked forward to continue working with Pakistan for peace and stability in Afghanistan.

Prime Minister Imran Khan on Sunday while recalling that Pakistan had always held that there was no military solution to the Afghan conflict, reiterated Pakistan’s continued support to all initiatives towards achieving a sustainable peace in Afghanistan.

He also expressed the hope for an early resumption of the peace process.

The prime minister was talking to United States Special Representative for Afghanistan Reconciliation Zalmay Khalilzad, who called on him here and discussed Afghanistan and Pak-US joint efforts for peace in the war-torn country.

Condemning the recent surge of violence in Afghanistan, the prime minister said peace in Afghanistan was vital to advancing his government’s vision for a peaceful neighbourhood and for economic development and regional stability.

“All parties must play their role in strengthening peace and promoting reconciliation as a shared responsibility,” the press release quoted the prime minister as saying.

Ambassador Khalilzad appreciated the prime minister’s support for the Afghan peace and reconciliation process, and said he looked forward to continue working with Pakistan for peace and stability in Afghanistan.