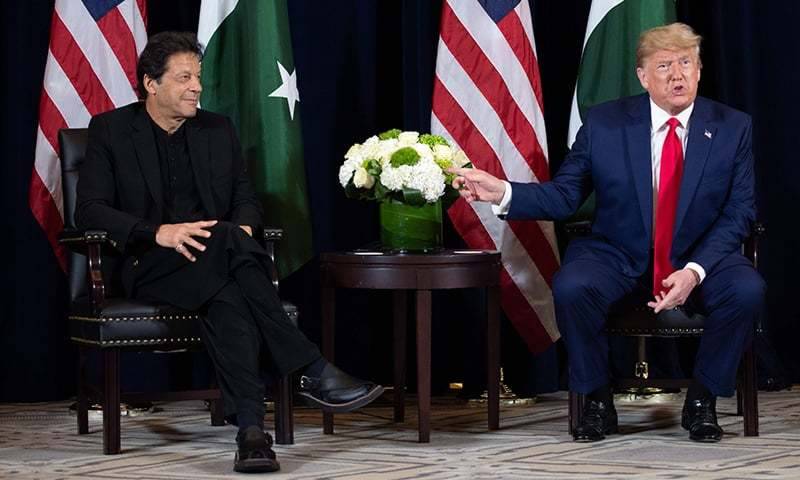 Donald Trump has expressed serious concerns over deteriorating human rights conditions due to Occupied Kahsmir lockdown. Asked whether he is concerned about the human rights situation in occupied Kashmir, Trump said: "Sure.

He further said that I'd like to see everything work out. I want everybody to be treated well."

Without specifying, Trump said he had heard a "very aggressive" statement from Modi on Sunday, adding: "I hope they (Pakistan and India) are going to be able to come together and do something that's really smart and good for both.

"There is always a solution and I do believe that there is a solution."

Commenting on Pakistan's progress to counter terrorism, the US president said: "I have heard they have made great progress and I think he (Imran) wants to make great progress."

In his remarks on Kashmir, Prime Minister Imran said Trump heads the most powerful country in the world, which has a responsibility to resolve disputes.

"We look to the US to put out flames in the world," he added.