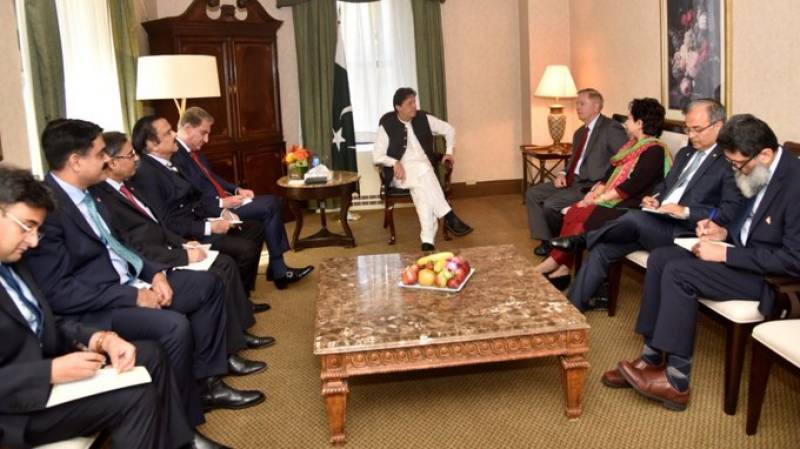 ISLAMABAD - Prime Minister Imran Khan has said a human tragedy is being witnessed in Occupied Kashmir due to Indian lockdown in the valley.

Talking to US Senator Lindsey Graham in New York, he said Indian steps are clear threat to regional peace and stability.

The Prime Minister said the United States can play a positive role in resolving the lingering Kashmir dispute.

He also appreciated the role played by Graham in promoting Pak-US relations.

Senator Graham said Pak-US partnership is in favour of both countries. He said Pakistan has a significance regarding reconciliation and peace process in Afghanistan.