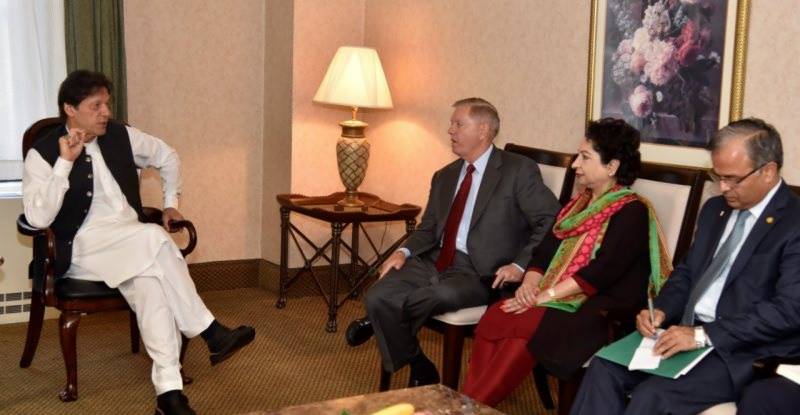 *Republican Senator Lindsey Graham called on Prime Minister Imran Khan in New York Sunday where they discussed bilateral relations and the situation in the region. *

PM Khan said Pakistan wants peace in Afghanistan and is still fully committed to working with the US to achieve a political settlement in the neighbouring country. Senator Graham appreciated Pakistan’s support for the peace and reconciliation process in Afghanistan

He also expressed his concern over the deteriorating situation in Indian-held Jammu and Kashmir. He said India’s lockdown in the region has created a humanitarian crisis and posed a threat to regional stability.

The premier is in New York for the UN General Assembly session. He will address the UNGA on September 27 but ahead of that, he has a series of high-profile meetings.