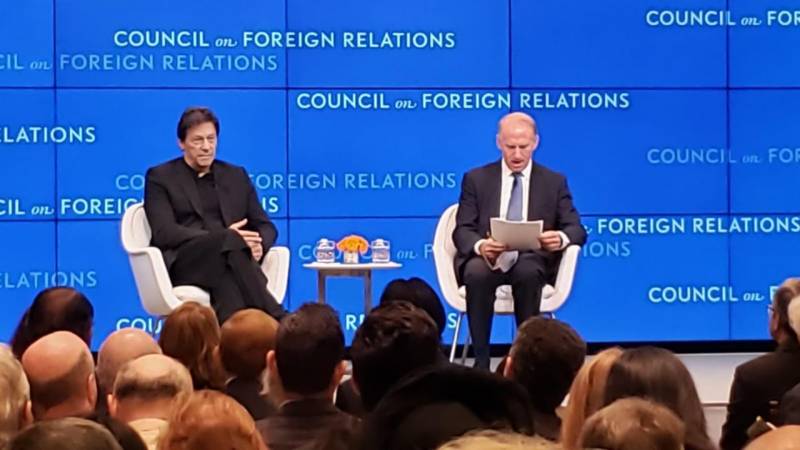 ISLAMABAD - Answering a question regarding former US defence secretary James Mattis' remark that he considered Pakistan to be the most dangerous among all countries he had dealt with, Prime Minister Imran said he do think James Mattis fully understands why Pakistan became radicalised.

Recalling history's pages, he said in the 1980s, when the Soviets invaded Afghanistan, Pakistan, with US cooperation, organised the resistance against Soviets.

He said Pakistani ISI trained Jihadist, who were invited from all over the Muslim world to do jihad against the Soviet Union. He said we created these militant groups to fight the Soviets in the name of Jihad and they were heroes then.

He said the United States abandoned Afghanistan in 1989 and we were left with these groups.

Imran Khan said then comes 9/11, and Pakistan again joins the US in the war on terror and now we are required to go after these groups as terrorists.

They were indoctrinated that fighting foreign occupation is jihad but now when the US arrived in Afghanistan, it was supposed to be terrorism.

The Prime Minister said Pakistan should have stayed neutral in the conflict and Pakistani government should not have pledged what they could not deliver.