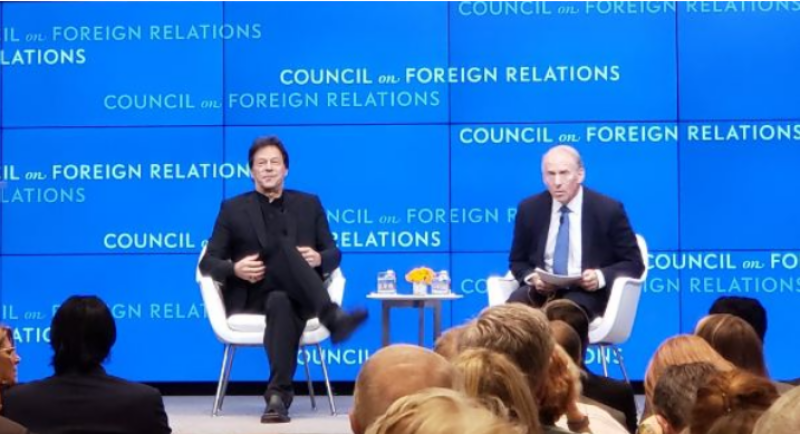 ISLAMABAD - Pakistani Prime Minister Imran Khan rejects talks with fascist Modi regime in India while taking at the US Council of Foreign Relations.

He said while explaining the ideology of the current Indian Government and why has he abstained from dialogue with them.

“This is the ideology that killed Gandhi, a radical fascist ideology inspired by the Nazi party of Germany, it was banned thrice in India, how can I or Pakistan think about brokering peace with someone with that mindset?”

“We tried in the past, we tried our best, we released their pilot Abhinandan after their failed attack against Pakistan’s sovereignty, we answered them emphatically and showed maturity by returning their pilot, the message was simple, it had been since the day I assumed power, even before that.

Pakistan is a peaceful country and wanted peace in the region but it reserves it’s due right to protect itself from any misadventure, our desire for peace should not be deemed our weakness,” concluded the Prime Minister.