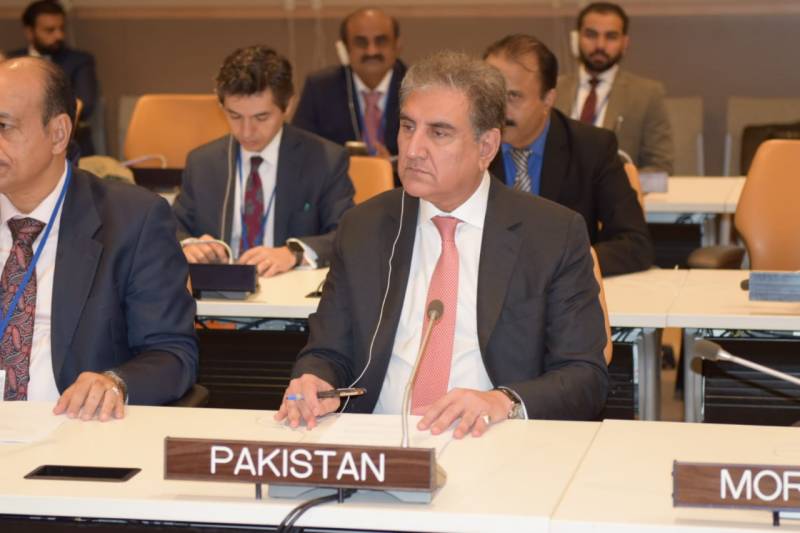 ISLAMABAD - Pakistan has opposed the unilateral action of Armenia to change the status quo in disputed Nagorno-Karabakh region.

Foreign Minister Shah Mahmood Qureshi while addressing a sideline meeting at 74th session of UNGA in New York said Pakistan is against the action of Armenia to change geography, population, economic, social and cultural identity and institutional structure in Nagorno-Karabakh.

The meeting was organized by OIC Contact Group with the title "Aggression of Republic of Armenia on Azerbaijan Republic".

Shah Mahmood Qureshi said the conflict that erupted in 1994 rendered one million people homeless and forced them to migrate to other countries or to other areas of the country.

He urged Armenia to withdraw its forces from Nagorno-Karabakh in respect of resolutions of the UN Security Council and respect Azerbaijan's integrity and sovereignty.

The Minister said Nagorno-Karabakh dispute, like Jammu and Kashmir issue, is also a threat to regional peace and stability.

He urged the world community to plays its due role to resolve the dispute and ensure repatriation of the displaced people.