Massive protests outside the stadium in Houston to protest against Indian PM Modi
23 Sep, 2019 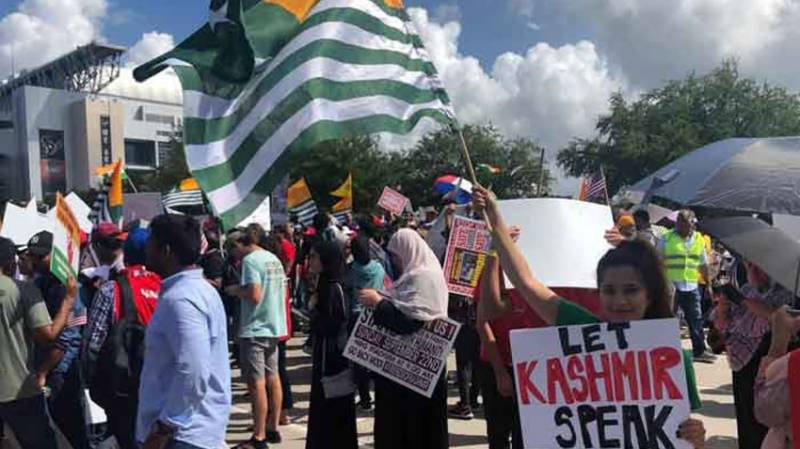 ISLAMABAD - A large number of protesters gathered outside the stadium in Houston to protest against Indian Prime Minister Narendra Modi's address.

They also raised slogans in support of independence of Kashmir and demanded the stopping of atrocities in Occupied Kashmir.

Federal Minister for Kashmir Affairs Ali Amin Gandapur also participated in the protest. Speaking on the occasion, he urged the international community to play its role in stopping the Indian brutalities in Occupied Kashmir.