Frustrated over massive protest, Indian PM Modi lashes out with a warning against Pakistan in Houston rally
23 Sep, 2019 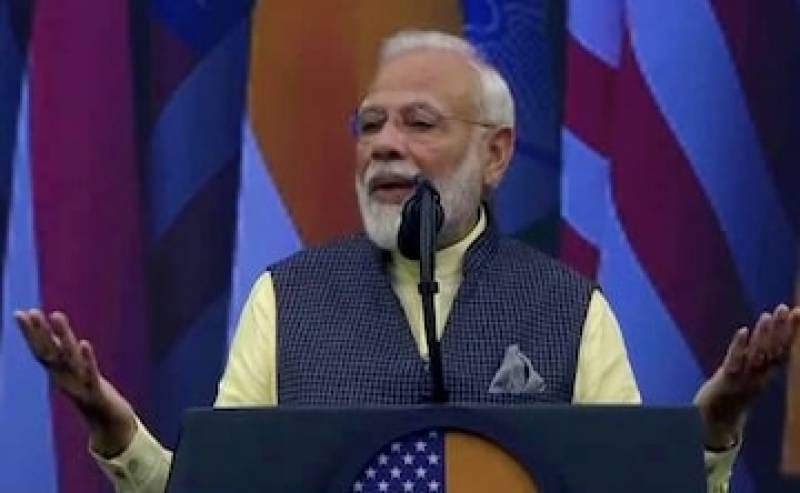 *HOUSTON: Frustrated over massive protest, Indian PM Modi lashes out with a warning against Pakistan in Houston rally in United today.*

Prime Minister Narendra Modi asserted that the government's move to "bid farewell to Article 370" was one to end discrimination, and through it, terrorism. "The time has come for a decisive fight against terrorism and those who support terrorism," the Prime Minister said, and in a tacit warning to Pakistan.

Indian PM Modi was reportedly annoyed at the massive protests which welcomed him in the Houston.

He counted the move in Jammu and Kashmir as one of the achievements of his government within the first 100 days. The matter had resonance in the US, with President Trump twice offering to mediate between New Delhi and Islamabad. by Taboola link: Sponsored Links link: . link a Job in Australia Might be Easier Than You ThinkJobs in Australia | Search Ads link

New Delhi, however, had given a firm no with a reminder that Kashmir was a bilateral issue between India and Pakistan and the current changes were a move to bring development to the state where terrorism had flourished.

Launching into a scathing condemnation of Pakistan -- which has been flagging Kashmir in various international forums, including the United Nations - PM Modi said, "What India is doing has troubled some people who can't even manage their own country". Promoted: In Stores

Without naming Pakistan, he said, they have "made hatred towards India the centre of their agenda. They support terror, they harbor terrorists".

But he left no one in doubt. "Whether it is 9/11 in America or 26/11 in Mumbai, where are its conspirators found? Not just you, the whole world knows who these people are," he added.