Can Afghan Taliban take over entire Afghanistan after US troops pullout? What Pakistan PM Khan says about it
23 Sep, 2019 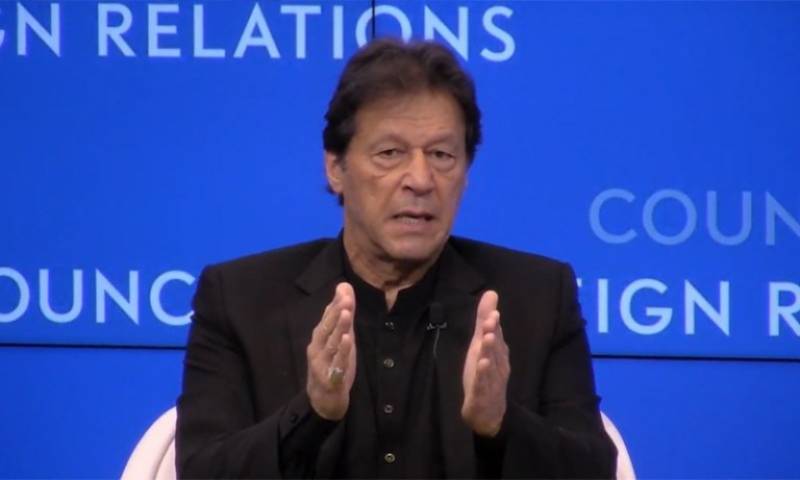 NEW YORK - Pakistan Prime Minister Imran Khan while speaking at the US Foreign Policy Council said to United States that For 19 years if you have not been able to succeed, you re not going to be able to succeed in another 19 years,” Khan said.

Trump has frequently called for an end to America s longest war, launched after the September 11, 2001 attacks, and a senior US diplomat reached a deal to pull troops after a year of negotiating with Taliban militants. But Trump abruptly ended talks earlier this month, revealing on Twitter that he had invited Taliban leaders to the United States but canceled their visit after a bombing in Kabul killed a US soldier.

Khan has long criticized military operations against extremists, discounted the possibility that the Taliban would topple the internationally recognized government in Kabul without US troops.

“I don t think the Taliban will be able to control the whole country. I think there will be a settlement,” he said. “I honestly believe that this is not the Taliban of 2001. There are lot of things that happened and I believe they will be more accommodating,” he said.

I am the only person who said that the Afghan issue doesn’t have military solution, Imran Khan said, adding that 2.7 million Afghan refugees are living in Pakistan.

The prime minister went on to say that the previous governments failed to find a solution to the economic woes, adding that due to the persistent issues, the current government had to rely on the International Monetary Fund (IMF).

The prime minister said that the economic condition of the country was in dire straits and China was the first country to help when his party came into power.