A U.S. government auditor blames flawed U.S. planning, training and oversight for the inability of Afghan forces to secure their country from threats and prevent the re-establishment of terrorist havens. The head of the independent agency warns that billions of dollars could be wasted unless changes are made to the way Afghan troops are trained.

The assessment from John Sopko, the Special Inspector General for Afghanistan Reconstruction, or SIGAR, follows a U.S. decision to send more than 3,000 additional troops to Afghanistan, an increase of more than 25 percent in the number of American forces there.

America’s mission, he said, is “to try to win the hearts and minds” of the people in Afghanistan so they will fight for their country, but notes that effort first needs to be focused on Afghan forces. 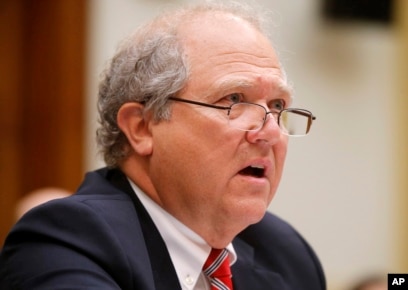 Sopko also pointed to problems within the system, namely concerning morale, illiteracy, drug abuse and corruption. In response to a question, he said some soldiers' widows have been forced to offer "sexual favors" to receive pension benefits.

"Would any American put up with that?" asked Sopko in a speech Thursday at Washington's Center for Strategic and International Studies. Afghan officials did not immediately comment on the allegation.

Afghan forces continue to struggle with terrorism and a resilient Taliban insurgency because the $70 billion in U.S. security assistance has suffered from serious problems over the last 16 years, many of which still persist, Sopko said. The Taliban control more than 40 percent of Afghan territory.

“Now more than ever I would urge it is necessary not to dwell upon failure but to learn the lessons from the last 16 years and improve security sector assistance efforts,” said Sopko. - VOA