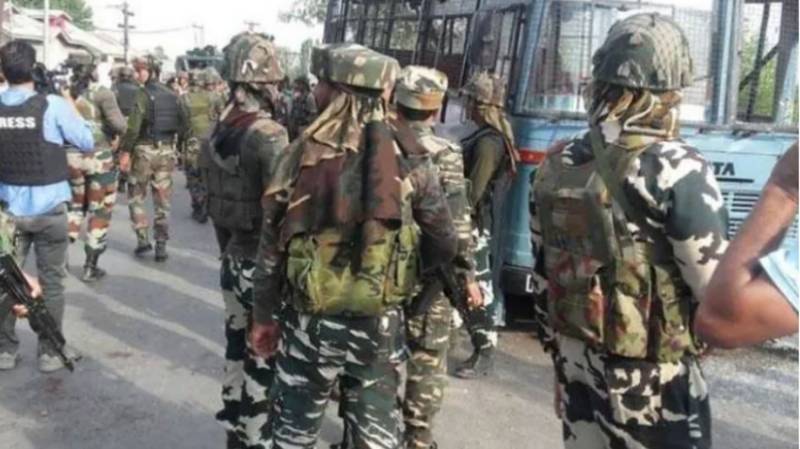 In Indian illegally occupied Jammu and Kashmir, Indian government has sent additional security forces in different parts of the Valley particularly Srinagar ahead of visit of Indian Home Minister Amit Shah to the occupied territory

According to report, following the fresh deployment of Indian troops, security bunkers have made a comeback on the city streets after civilian killings by unknown gunmen in Kashmir over the past two weeks.

Meanwhile, aerial surveillance cover has been put in place and Indian police tested drones at Pratap Park area of Srinagar.