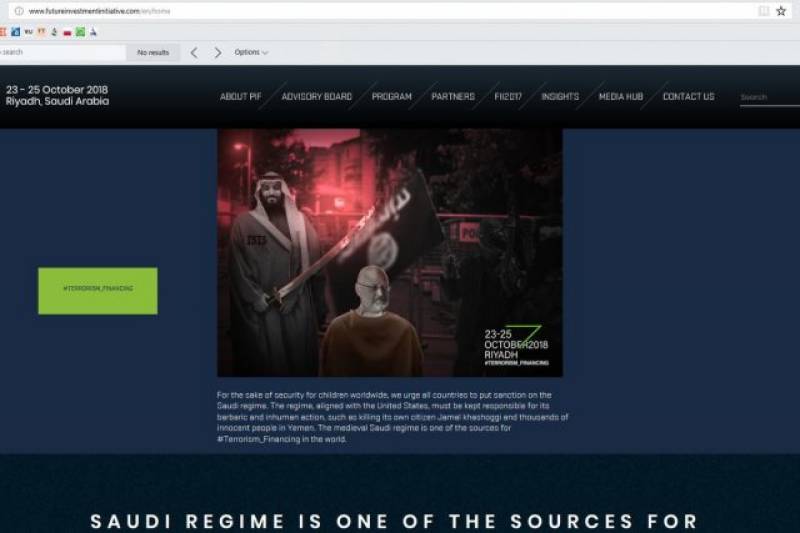 *RIYADH - The website for the Future Investment Initiative, which is being held in Riyadh, **was hacked **in Saudi Arabia.*

*The website displayed an image of the crown prince executing journalist Jamal Khashoggi.*

The Future Investment Initiative, also known as ‘Davos in the Desert’, is an annual investment conference held in the Saudi capital. It is a part of a concentrated effort by Crown Prince Muhammad Bin Salman to attract investment.

The Saudi government has been facing mounting pressure from across the globe over the disappearance of Jamal Khashoggi, and even admitted to his murder. A number of top-level executives, including the CEO of Uber, decided to pull out of the conference.